Ever wonder where the idea of having a tree cut down, brought into a home, decorated with lights & ornaments, and surrounded by presents beneath came from? Same. Sometimes it’s just a matter of who acted on one crazy idea that turned into a tradition that would last the world generations. So let’s dive into another historical Christmas moment and find out just exactly where the idea of Christmas trees came from.

Now before diving head first into the concept of Christmas trees specifically, it should be noted that homes have been adorn with greenery since ancient times. For mainly spiritual or superstitious reasons, greenery (mainly evergreens) have been brought into homes or placed above doorways dating back to ancient Roman, Viking, and Celtic time periods. Evergreens, named after their color even during the colder months, were considered a sign of rebirth in the darker days of the year. They were also seen as a sign of protection and brought into a home to keep the household safe from dark entities or witches. 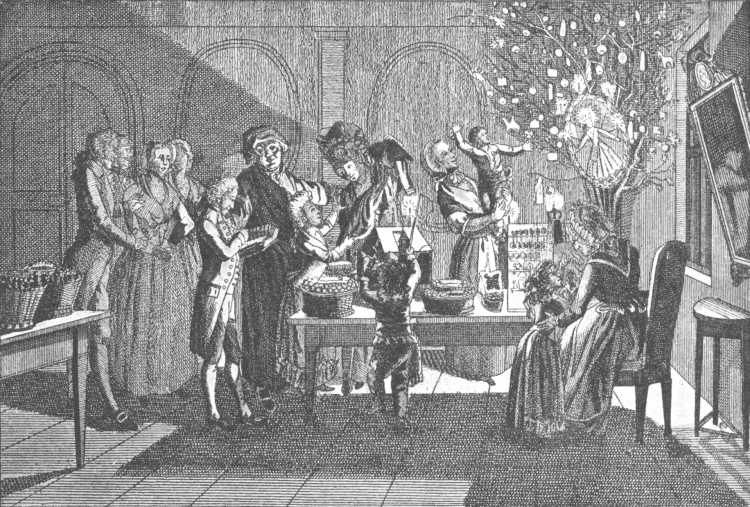 Now for what you’ve all be waiting for, where the Christmas tree truly originated. It is said that Christmas trees are actually of German origin dating back to the 16th century. During that time period many Christians brought the trees into their homes and adorned them with candles (talk about a fire hazard). But what many may not know is that the idea of decorating for the winter holiday in general was basically considered blasphemy at one point in time.

Between the mid 1600s all the way to the early 1800s, decorating for Christmas was seen as a frivolous action that did not support the true nature of the important holiday. Some law makers even saw it as a sign of paganism to bring a tree into a home to celebrate a day of such important worship. Any type of Christmas decor that was placed within a home was pretty much considered sacrilegious in many societies within that time frame.

Thankfully a few different points in history changed peoples’ minds forever. One being the influx of German immigrants entering the United States, bringing their culture of

Christmas tree traditions along with them. Second being the sudden import of German tree ornaments into the United States (Woolworth being a main component as we discussed previously) in the mid 1800s. We also had the novel A Christmas Carol by Charles Dickens published in the UK in 1843 which, although did not mention Christmas trees, did make many dream of the fanciful Christmas’ the story depicts. Lastly, we had the royal family of England, Queen Victoria and Prince Albert (who was of German descent), depicted standing around a Christmas Tree in the 1840s, thus creating a strong trend.

From that point on, the idea of Christmas Trees during the holiday season have become a staple in almost every Christian household. On every street block there is usually a place that is converted into a ‘tree farm’ to kick off the holiday season. Of course different cultures and different households around the world may have different traditions for tree decorating, but one thing still remains the same: seeing all those twinkling lights surrounding a gorgeous evergreen tree in every window at night really makes the holiday season magical.