I remember long days in my basement in both my older and newer house when I was a kid, spent playing with SO many dolls. I use to have bin containers full of outfits and houses from all different doll brands and honestly after feeling nostalgic today, I decided to google some of the old dolls brands. Some of which don’t even exist anymore and some that still thrive on. Some I honestly even forgot about! So here is my compiled list of my top 10 favorite doll brands from when I was younger!

I swear I still have pieces of her hiding under my bed somewhere. That didn’t sound murderous at all Victoria… ANYWAYS. Basically the Betty Spaghetti Dolls focused on none other than Betty Spaghetti herself and friends! The cool thing about these dolls is you could change up almost every piece of their body to design new outfit combos or hair/skin types! Their hair, aside from the radical color choices some dolls had, were almost gimp like in texture so you could easily braid and style them!

So of course with me being the little blonde haired, blue eyed child I was, I needed all the blonde haired dolls. So when it came to Diva Starz I believe I only had the Blonde one, but you better believe your butt that I dragged my mom to McDonald’s every day the week their mini versions were available as toys! I’m pretty sure I even collected all of the McDonald versions!

The most tragic of stories in young Victoria’s life was in Kindergarten when my What’s Her Face Doll was stolen from after school. My parents told me not to bring the doll to school with me and being the young rebel I was, I didn’t listen. When I realized after getting home that I had left the doll at school, I made my parents rush back to find it and it was never seen again. That was the end of my What’s Her Face phase. But can we take a moment to realize that these are literally dolls WITH NO FACES. Maybe it was a good thing my phase ended so early. 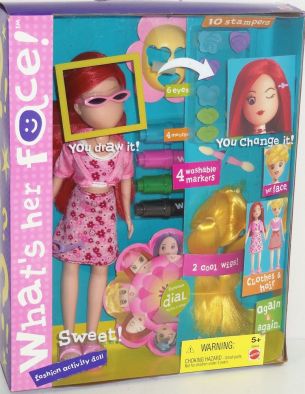 The Fairytopia, Aquaria and Ello-opolis sets were the BEST amiright? Anyone who remembers these toy sets remember them as basically the cool girly version of legos or any other building sets (obvi they had boy versions of ello, which I stole frequently from my brother, and girl lego sets). Overall, it was basically sets of poles, orb type things and flat pieces (wow I’m great at explaining). 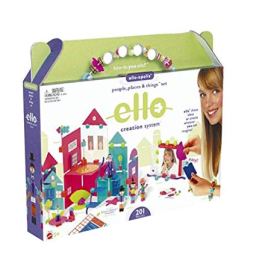 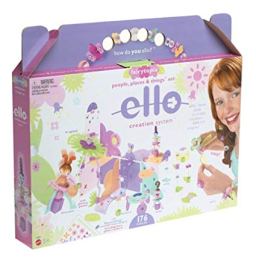 Just a group of normal girls who find out they’re all actually fairies with special powers depending on what they were into? Sounds sweet right off the bat! I of course had the one with blonde hair and an orange outfit, but per usual always tended to lose the little pieces aka HER WINGS. The tv show that ran for a while was pretty good too! 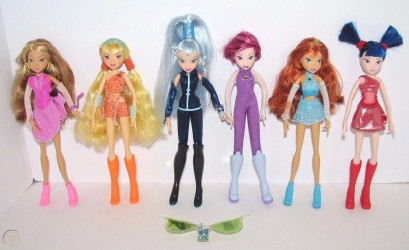 Going off of the Bling Bling dolls, they were a spin off from the old popular My Scene collection. I don’t know what’s more upsetting, that kids now a days don’t have a chance to know what My Scene is or the fact THAT THE WEBSITE DOESNT EXIST ANYMORE. Like how am I suppose to mentally prepare for an amazing Masquerade Ball now!? Either way these dolls were but honestly I don’t even think I had one. It was more of my friend Aimee’s ‘scene.’ See what I did there. All I remember most from these dolls was their BOMB movies. 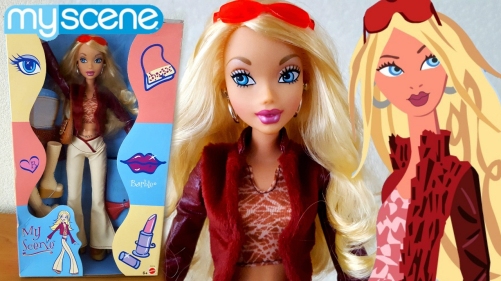 What better way to spend a day then looking for the missing matching foot of your fave Bratz doll?? These dolls were truly ICONIC. Honestly felt like they were the OG badasses of dolls, cause I mean come on, they were pretty dang badass. They wanted to star a band? They form an English Punk Rock Band called Rock Angels. They were rejected from working at their favorite magazine company so what did they do? Start their own, get their own office, and MAKE IT BIGGG. Plus the TV show and the countless video games showcasing this amazingness was equally great.

Okay, yes, I get it, American Girl Dolls are still a thing today, but NOT THE TRUE OGs. Once again, yes I know that a lot of the old ones are still around, but their outfits are different, and I even their their books have been “appropriated.’ When it comes to the dolls, let’s take a moment of silence for all the retired dolls such as Kirsten, Emily, Nellie, Ruthie, and my personal fave, Elizabeth. I felt such a deep connection to their dolls and their historically accurate stories because I was a big history lover starting from a young age. I remember all of their series would show the hardship of girls in their specific era and end with a glorious Christmas celebration! Still worth reading if they series are the same books because I feel it’s very important for young girls to learn about women of the past. 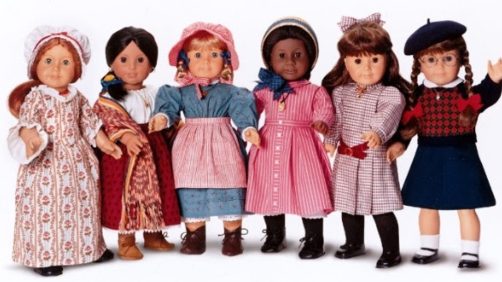 And I thought losing a Bratz foot was hard, just try losing a Polly Pocket shoe. When it comes to Polly Pockets, they were by far, the most important set of dolls I ever owned, and by FAR the most. I don’t even think I can count all the Polly Pocket stuff I owned! From the townhouse to the mall, the cruise ship, the stretch limo with pull out hot tub, the concert venue, etc. The possibilities were endless with the amount of dolls I had in that collection! Plus the Polly Pocket website was bomb but of course THAT’S GONE TOO.

Real proud of Barbie right now, I’m not gonna lie and say the old ones were better, mainly because she has evolved so much! My main focus on the OG part really has to do with her older movies that were way better than whatever the heck you call the movies she has now. Like Barbie and The Nutcracker, Barbie Rapunzel, and Barbie Swan Lake CANNOT be beat. Seriously. But I will also say Barbie had a little more various in doll options, just not a variation in the waistline which THANK GOD they finally started to somewhat adapt their doll shapes! It’s about time girls can be proud of who they are and that ALL sizes can be style icons! 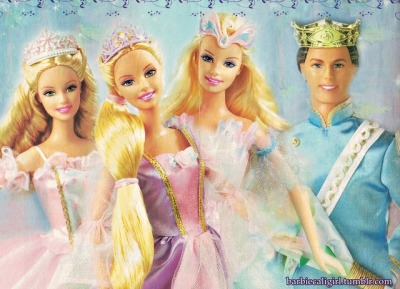