Although it may seem that the idea of ghost hunting or capturing ghostly images on camera is a rather new trend, it actually dates back as far as photos have existed. Many also say that the best ghost images are captured when the photographer is unsuspecting. Today, as a gear up for the big day tomorrow, I have decided to compile a list of some of the most famous ghost photos from throughout history. These photos are a mix of eerie and unusual and some may even leave people downright shocked. Enjoy and let me know in the comments which ones you believe in or some you may even believe to be a hoax.

15. Child of The Cemetery A woman during the 1940s in Queensland, Australia was visiting the grave of her 17th year old daughter. When she decided to snap a photo of her grave, she was shocked to see the image of a young child sitting atop the tomb. She did not believe the child to be a younger version of her daughter, but upon closer inspection, two infant girls graves were discovered near by. No one knows the true origin of the photo, but it is widely believed to possibly be a hoax. A Creepypasta type story went around in 2013 stating it was the Cooper Family, a 1950s family who had just moved into a new house who captured the startling image. But of course, who knows what might be real and what might be fiction. Diane was going through an extremely rough period of her life. She received an infection due to a complication from gall bladder surgery and needed to spend some time in prayer. While doing so she states that she felt as if a sensation of light and comfort surrounded her. Diane believes that it was that being of light that healed her. Her husband snapped the photo above, he did not see anything with his naked eye, but when the picture developed they were both stunned. A woman named Denise Russell stated that during a picnic, her sister and mother snapped a picture of her grandmother. It wasn’t until much later, when they discovered the picture again, that they realized a man was standing behind her. There was no man when the picture was taken. They believe it was the ghost of their grandfather who had departed earlier on in life, looking after his wife.

11. The Ghost of The Stanley Hotel 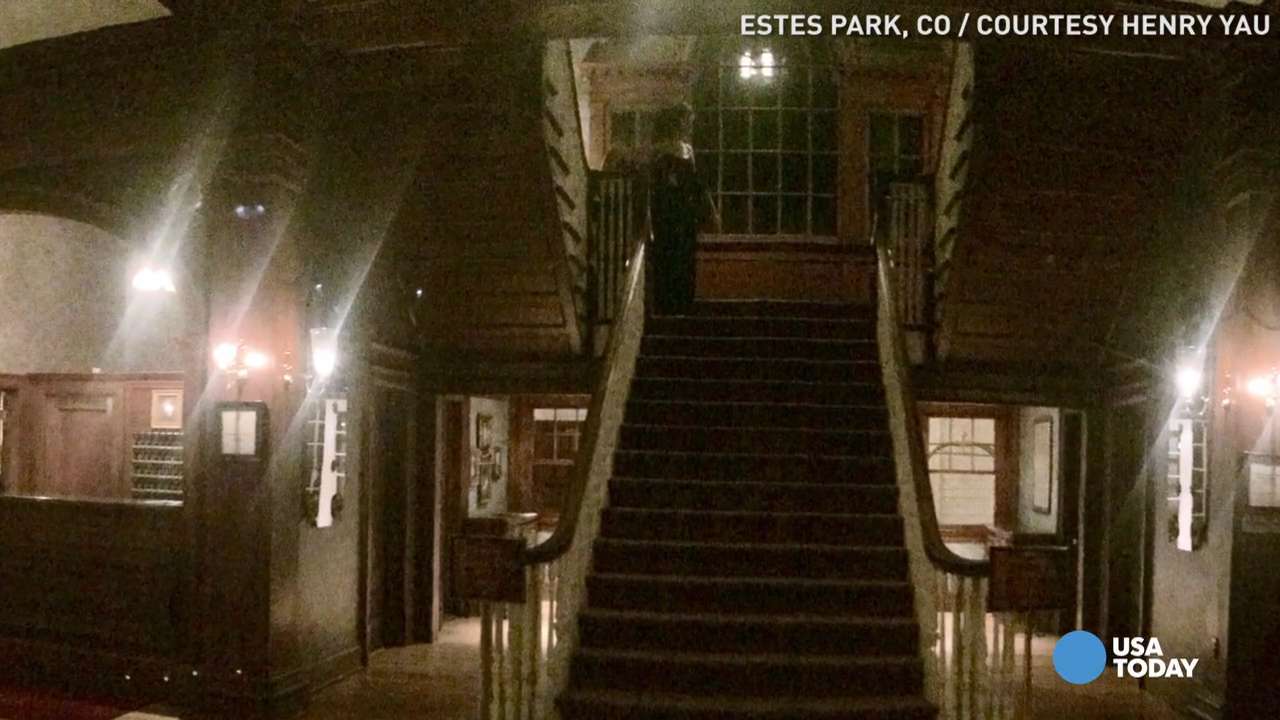 The Stanley Hotel, located in Colorado, is well-known for it’s portrayal in movie adaptation of ‘The Shining.’ In fact, Stephen King gained the inspiration for the novel after a stay at the Stanley Hotel where he was said to have experienced a nightmare so realistic it inspired part of the plot for the book. Well turns out this hotel is haunted in real life as well. Do you see the woman standing at the top of the stairs? The photographer didn’t at first.

The story of Chloe goes as followed: she was a slave at Myrtles Plantation who was desired by the Plantation owner Clarke Woodruff. Fearing she would be punished otherwise, she began a relationship with Woodruff, but always remained fearful that his wife would discover the two of them and further punish her as well. When Chloe was caught eavesdropping on the master and his wife, her ear was chopped off. That was when it was time for her to enact her revenge. When Woodruff was away, Chloe acted and poisoned his wife and two daughters, killing them. The slaves, fearful of Woodruff’s wrath when he returns, hanged Chloe on a nearby tree and threw her body in the river. It is said that to this day her spirit remains on property (hence the image above) and even the young Woodruff children are sometimes captured in images as well! A Reverend took this photo at a church in North Yorkshire, England. The Reverend was shocked when he looked at the photo after, only to see a dark figure standing at the head of the church. He strongly believed the photo was real despite all of the skeptics.

8. The Brown Lady of Raynham Hall 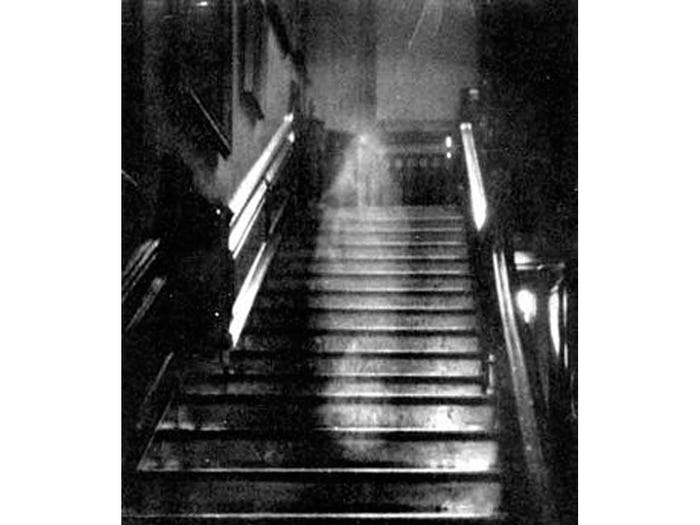 In 1936, this photo was shot at Raynham Hall in Norfolk, England. This is suppose to be one of the most compelling pieces of ghost photo evidence in existence. It is believed to be the wife of Lord Townshend, who was locked away to perish after the Lord discovered she was having an affair.

Lord Combermere, a British Calvary commander,  was said to have been killed in a carriage accident near his stately home. His favorite chair is depicted in the image above taken by photographer Sybell Corbet. In the chair, you can see the shadowy figure of a man believed to be Lord Combermere himself. What makes the photo even more interesting is his lack of feet in the image. His feet were mangled in the accident. 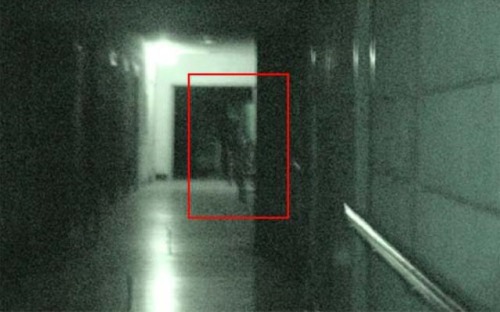 Rolling Hills Asylum located in New York is said to be haunted by the numerous souls who were mistreated within it’s walls. The most well-known ghost within the walls of the Asylum is that of Roy. Roy was dropped off to Rolling Hills at a young age due to his gigantism. He was seen as abnormal, thus shunned away from society to the confided walls of the Hills. He grew to be 7ft tall and live the entirety of his life at the Asylum. Many who claim to see his spirit say that he is an extremely friendly ghost.

5. The Witch of The Joshua Ward House 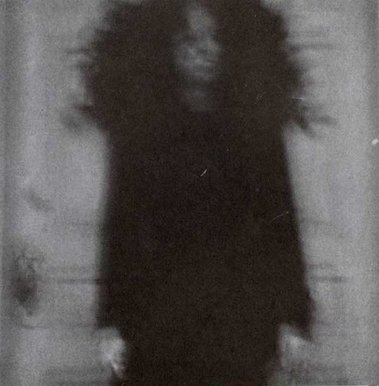 If you keep up regularly with my blog, you will know that I have discussed the Joshua Ward house before and it’s haunting past. Originally the site of George Corwin’s house, a Sheriff during the time of the Salem Witch Trials, this Salem home was the site of his interrogations. Corwin would often bring accused witches to his base

The story behind the Amityville Horror House is one that will live on in infamy. When the oldest Defeo boy murdered his entire family late one night, he claimed demons within the house made him do it. When a new family moved in, the true story of the Horror House began. When the family claimed they had to make a hasty exit soon after moving in due to the paranormal activity within the home, the story became an overnight hit. This image was captured while paranormal investigators went through the home. Many believe it resembled the youngest Defeo boy, John. What do you think?

In 1995, in Shropshire, England, a town hall burnt to the ground. Apparently not the first time a fire has occurred on this property, one onlooker by the name of Tony O’Rahilly decided to take a picture of the wreckage. That was when he saw the girl in the photo. Upon further investigation and the realization that there was no girl actually in the building, it was discovered that when the last fire occurred in 1677, a young girl was responsible for the start. Hmm…

The white lady is one of the most famous ghost photos in existence and is the main reason Bachelor’s Grove Cemetery is considered one of the most haunted locations in the US. Shot by Judy Huff, she stated that no one was in eye shot when the photograph was taken. The ghostly apparition has since been dubbed the “Madonna.” 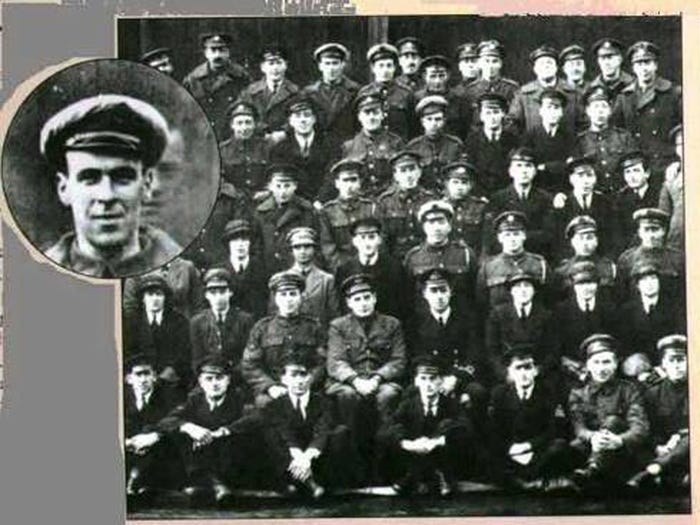 In 1919 during World War I, mechanic Freddy Jackson was killed due to an accident involving a plane propeller. It is said that shortly after his funeral, his remaining squadron team took a group photo. Clearly Jackson wasn’t going to miss out on the action. Notice the face behind one of the men that strongly resembles that of Jackson himself.