Wowza talk about a delay. At least you know you can always count on me to start something, not finish it, then come back to it like a month later. I hope all of you are on your toes waiting for this next edition. Anyways, I had to start prepping for my 31 Days of Halloween and even though this falls under the category, I didn’t have a ton of time for longer posts. BUT IM BACK. The main witch is back. Witch please. Okay moving on from the puns lets dive in.

So now we have two new members of the Salem community accused of witchcraft, Rebecca Nurse and Martha Corey. So how does their significance come into play in this whole swing of things? First well start with Rebecca Nurse. 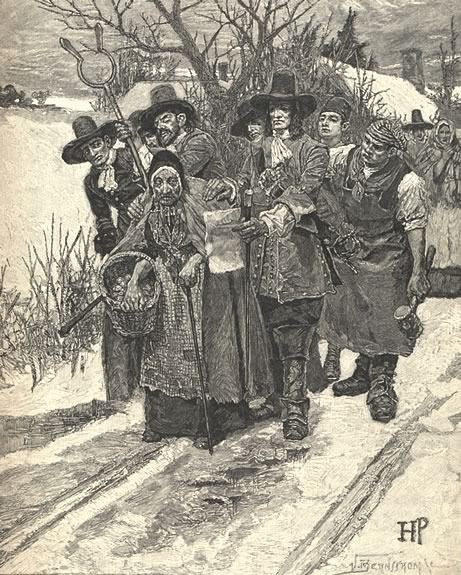 Rebecca Nurse was 71 at the time of accusation, making her one of the oldest accused in the entirety of the Salem Witch Trials (along with Martha Corey). This is where another interesting myth comes into play. Almost none of the accused were old haggard maids with stringing grey hair and warts like witches depicted in stories. Most in fact were either younger or middle-aged.

The other interesting part that shocked many was that Rebecca Nurse was in good standings with the surrounding community. Her family was very well-off, her husband was a highly known artisan in the community making various home goods, and Rebecca herself was a mid-wife. She was known as an avid church goer and one of the purist people in the community. That is until of course, Mrs. Ann Putnam decided to accuse her of not only witchcraft, but murder. 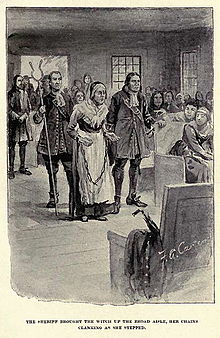 birth. Just who might have be her mid-wife? You guessed it. Rebecca Nurse. Many were shocked that Nurse ‘could do such a thing’ (god forbid people thought she was innocent or anything crazy like that). But I will state that due to her high standing among the community, many testified on her behalf during her trial. That was of course until the ‘afflicted’ started throwing fits claiming Nurse was tormenting them in unseen ways. During this time period the idea of ‘spectral evidence’ was allowed in court. This basically meant evidence could be used in court claiming that although for example Rebecca was at the head of the court room testifying, her ‘being’ was also across the room tormenting the girls. It was claimed that witchcraft allowed the accused to torture those while not even being near them. Thus Rebecca Nurse was condemned.

A cool little side-note here, the Rebecca Nurse farm still exists and offers tours today in modern day Danvers, MA. But what else is cool is my father one day at work, met one of Rebecca’s descendants who still lives in the area. Cool little fun fact.

Now lets shift our focus on over to Martha Corey. We will focus on the extremely important backstory of Giles Corey and his connection to the witch trials later, but for now lets look at Martha.

Martha Corey was also of good standing among the community. She had a very ‘unstable’ past for the time period that certainly could have played into the incoming events, but by 1690 she was married to Giles Corey who was a wealthy farmer at the time. She openly denounced the witch trials even though she was very devoted to the church. Martha believed that witches simply did not exist and even went so far as to call the ‘afflicted’ girls fakers (for lack of better terms). Big. Mistake.

Well one night Giles decided he wanted to go check out one of these ‘examinations’ of an accused witch. Martha did not want to go, so instead she stayed behind at home. When Giles went to the examination he explained to the fellow townsfolk in casual that Martha did not believe the trials were real. ANOTHER. Big. Mistake. Then magically within the next few days, little pip Ann Putnam Jr. is suddenly seeing visions of Martha Corey. 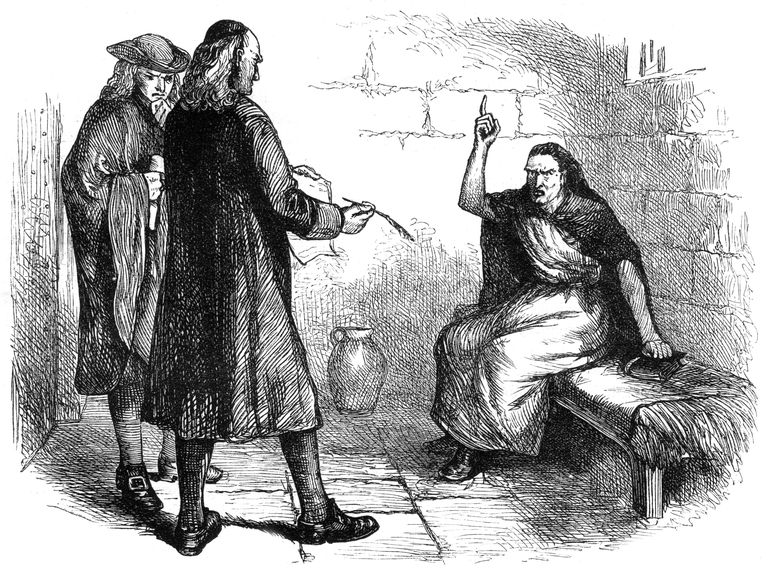 Martha is promptly arrested at age 72. Giles even tried to testify in her behave stating that his words should not have led to this. Now Martha did quite know what to expect going into one of these trials since she denounced them all the times prior. So when she was honest and stated she was not a witch, she was shocked with the dis-contempt she was met with. Ann Putnam Jr. went on to claim that she could see the Devil whispering in her ear. Then mini Putnam went even further to state that she believed Martha had a familiar and could even see the vision of the yellow canary (her supposed familiar) on her hand. Welp. Bye bye Martha. She had been condemned.

Now, we’ll learn a little farther down the line just what becomes of Martha’s husband Giles Corey. I would also like to once again mention that I am not sharing every single detail about the witch trials nor am I stated every single person that was accused (trust me there was a lot more going on during these events), but I am focusing on the ones hanged (the most vital to the trials in general) or at least the ones that the Salem memorial has makeshift graves for. Up next we will focus on some of the more different and interesting circumstances surrounding the trials, as well as some of the more well-known names. Dorcas Good, Bridget Bishop, John & Elizabeth Proctor, and Giles Corey.

One Reply to “The Salem Witch Trials Pt. 7: The Old & The Young”