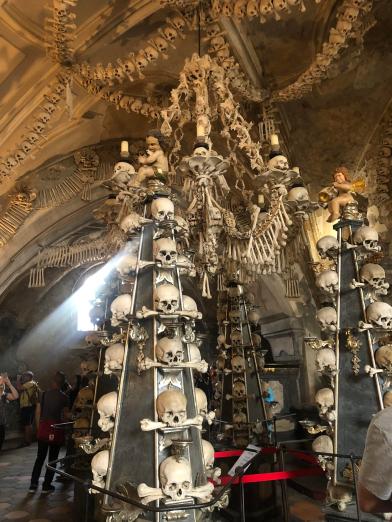 Also known as the “Bone Church,” Sedlec Ossuary is located in the Czech Republic and is literally created from over 50,000 human skeletons. Welcoming right? But of course we can’t stop there. Not only is the church filled with bones, it is decorated with them. From the chandelier using almost every bone in the human body, to the wall murals, it’s all real bones. Now before I move on, let me do a brief explanation of why this is. Starting in the 13th century, the location was an extremely popular burial land due to it’s blessing from Abbot Henry.  So what’d they do when they ran out of space? Got an artist to come in and get crafty. Lovely. 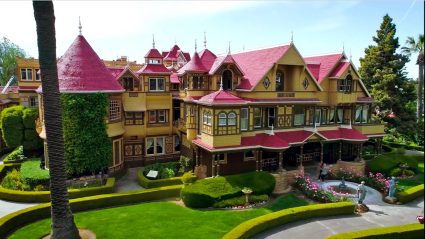 Many know of the twists and turns that make up the Winchester Mystery House located in San Jose, California. Built by the heiress to the Winchester Rifle fortune, she believed she was cursed and haunted by those killed by the Winchester rifles. In order to ‘appease’ the spirits, she started building the house and quite frankly never stopped. She had builders working 24/7 and she always added new additions (including doors to nowhere and stairs to walls) hoping to confuse the ghosts that she believed lived within the home. She also hosted nightly seances, thus created the very haunting maze of a house we know today. The house is said to be one of the most haunted locations not only in California or the US, but the entire world.

8. Island of The Dolls 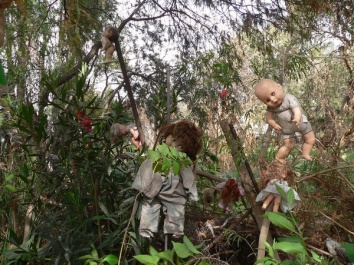 Off the shores of Mexico City, Mexico lies and island with a haunting past. Island of The Dolls is exactly what it sounds like, an island, FULL of dolls. The story goes that an old man resided on the island when the body of a young girl mysteriously washed up on his shores. A little further down he found a doll washed up as well. From there on out he continued collection dolls and attaching them to the island in order to keep the spirit of the young girl happy on the island. Today, many who visit say the dolls will move or blink on their own and many with voice boxes will go off randomly with no one around. 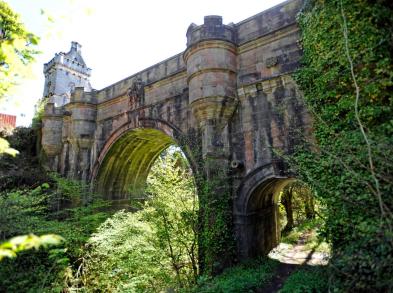 Now this is an interesting one because the backstory behind it doesn’t seem to play into the mysterious circumstances that now occur on this bridge. Overtoun Bridge (named after the Lord who commissioned it) is located in West Dunbartonshire, Scotland. Many have claimed that paranormal activity is frequent upon the bridge, but the strangest part of the lore has to do with dogs. It is known as a site where many dog deaths occur. For some reason, in many instances, dogs have been known to jump or throw themselves over the side of the bridge, only to fall to their death below. Many say this could be due to the dog possibly hearing an animal below, but the number in which these ‘suicides’ occur make the situation rather jarring. Others speculate that it may be an unseen force or entity that lures dogs over the edge. Either way it’s creepy. 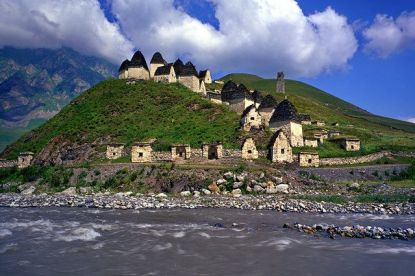 The village of Dargavs in Russia may look like a normal rural town from the outside, but within the walls of the scattered homes holds a dark secret. Each house is actually a tomb for a family. Families that resided almost 400 years ago. The backstory is as followed, a plague swept through the area and families were relocated into sick houses. They were allowed food, but ultimately awaited for death to take over. Villagers with no family left would take drastic measures and live out the remainder of their days within the homes of their departed. The remainders simply awaited death because there was no one left to bury them. You can still see the skeletons inside the homes as well as clothing in goods to this day. 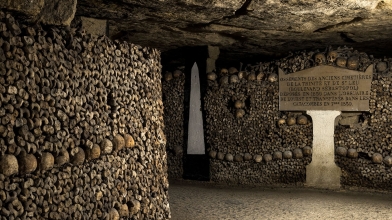 Tunnels and tunnels and tunnels of bones throughout the city of Paris. Some parts known, others still awaiting to be discovered, but all are very easy to get lost in only to never be seen again. Due to the sanitation concerns of cemeteries in 18th century Paris, the city decided to relocate their dead to an easily accessible location, underground. Definitely haunted no QUESTION. 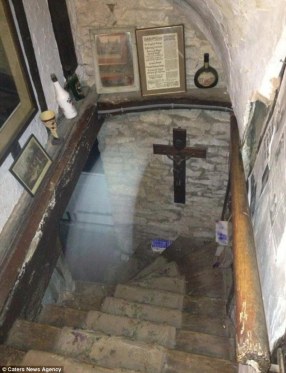 Located in Gloucestershire, England, The Ancient Ram Inn is one of the oldest inns in England, first opening it’s doors in 1145. It’s also considered one of the most haunted locations in England. It is believed by many that water channels or flowing water can promote spiritual activity. It is seen as an energy source for all things paranormal. It is believed that a water way was redirected when building the Inn and since then the tragedy and activity has only grown as the years went on. The spirit of a woman who was supposedly burned at the stake after being accused of witchcraft haunts one of the rooms within the Ram’s walls. An owner even discovered traces of satanic worshiping in the basement with skeletons of children as well as skeletons with daggers still embedded in them. The site is widely believed to be overcome by demonic forces.

Located northwest of Japan’s Mount Fuji, Aokigahara has always been the focus of Japanese Folklore and mythology. Known for its mythological ghosts, many have traveled to this dense forest to join the rising death toll. Unfortunately the forest has become the site of numerous suicides and is even considered one of the most utilized locations for taking one’s own life. Signs line the forest attempting to make anyone entering think twice about whatever actions they may take upon themselves once within. Reminding them of the family or life they may be willingly leaving behind. 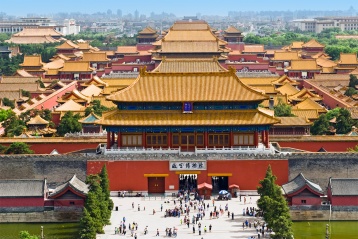 Plagued by jealousy and deception, Beijing’s Forbidden City holds centuries of secrets. The palace was home to emperors from multiple dynasties over time and with total control, the emperor had the ultimate decision has who could stay and who would go. If you got on the emperor’s bad side, well, let’s just say you didn’t last very long. Poison and betrayal seemed to be the theme among those who lived within the City’s walls. Many perished and as soon as the City was open to the public, many stated that they experienced paranormal activity. Between employees, guards, and visitors, witnesses state seeing things from crying ladies in white to a women turning around only to reveal hair obscuring her face and no features beneath.

1. The Capuchin Catacombs of Palermo 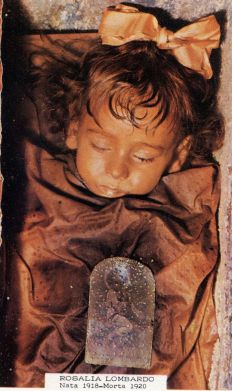 Originally created in the 16th century for friars, the Capuchin Catacombs of Palermo, Sicily, transformed from a place to preserve the dead of holy figures, to becoming a symbol of wealth. The massive tomb became one of status, those who resided inside were paid for by their still living family. As long as the family continued to pay, they would continue to be in a proper placement for the family to come visit. When the family could not afford to upkeep with the body or decided to stop funding, the body would be pushed aside. Dehydrated and preserved in vinegar, the bodies within the Catacombs are amazingly intact even to this day. What makes things even eerier? Some of the bodies would be put on display so that the family could come and hold hands with them in prayer while others had their clothes changed regularly.