Ever think about how strange some of the toys we use to play with were? Like back before all the fancy hand-held electronics, toy companies had to get crafty with the random stuff they came up with! So I decided to dedicate a post to all of the strange things we use to play with as a 90s/00s kiddo!

Simon says press red, Simon says press blue, press green, awwww man I didn’t say Simon says, better luck next time. Wooo what a rush…. honestly not too sure how this kept me and my friends constantly fighting over who got to use it next. I guess it’s an adrenaline rush when it speeds up but maybe more anxiety inducing now a days. 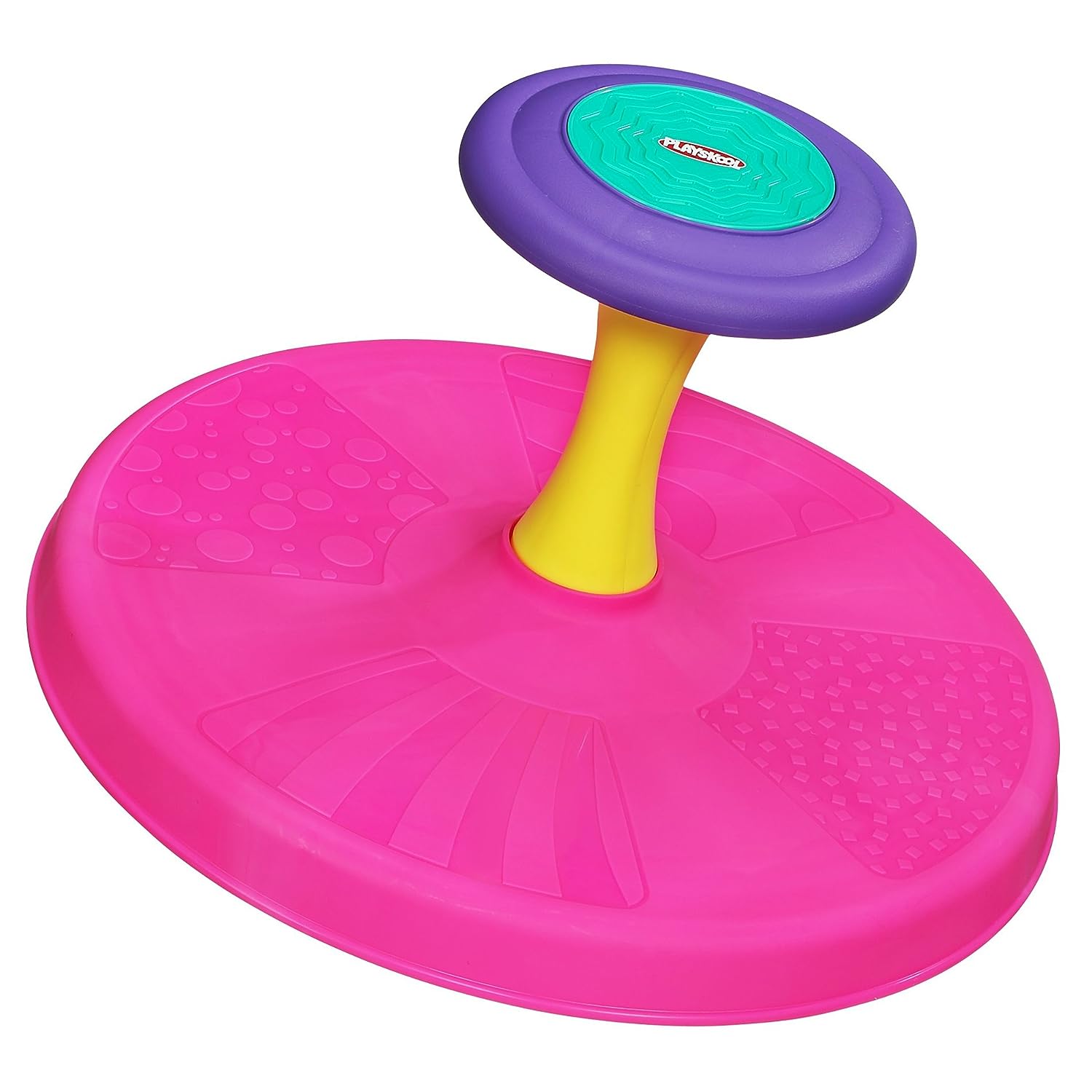 You bored? Wanna spin yourself around on a piece of plastic until you either fall over or puke? Sounds like a time to me. Or not. Why was this a thing.

I want to know who was the person pitching ideas and went “hey guys what about buff sharks? and and we can make em fight.” Please let me know. They were the OG shark toys none of this baby shark ish. 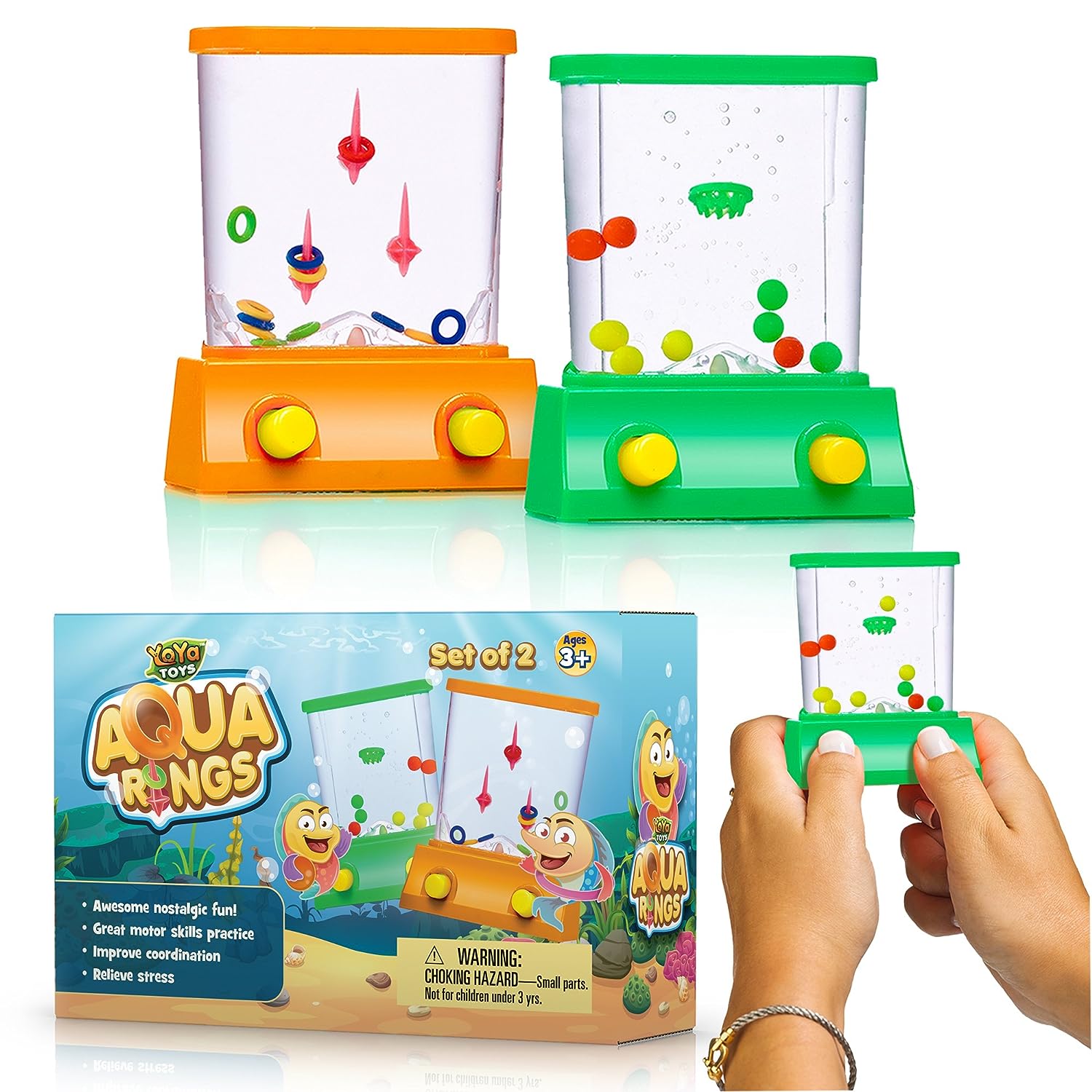 Like a handheld gaming device without the electronic part. The amount of frustration these games caused me were unreal. It was basically IMPOSSIBLE to get either the rings on the poles or the balls in the baskets. Impossible.

Moral of the story? They didn’t work and led to either cuts on your ankles from the plastic corners or broken dreams from not reaching the moon in one jump.

Wanna get a scooter to the ankle type feeling but indoors? Then lets play with my Skip It!

The quick and easy way to turn your hair into a massive knot or became attached to the Conair machine.

Yes, I know, this one has to do with iPods, BUT, it’s still a hilarious concept. I swear it was geared towards all the dog loving girls out there who couldn’t possibly go without the latest dog-inspired toy obsession. My friend had one and it would whine if you kept it on and weren’t playing music, you could pet it, and it even danced in a really weird fashion for songs. What a time to be alive. Don’t even get me started with Robo-Chi Pets.

I honestly loved playing with this solely because I loved the gooey liquid you made the bugs out of and all the crazy colors. Other than that it is literally the strangest concept ever. Like you have an oven that bake and creates your rubber bugs. Interesting.

Now, BOP IT, PULL IT, TWIST IT. For the ADD in us all and especially for all those guys who thought they were the bees knees because they could keep the game going for a while. What has that helped you amount to now my friends?

No honey, don’t pick your own nose, just pick Louie’s instead. That’s how I saw it at least. As long as it kept kids entertained with fake boogers instead of their own, it was an okay in my book.

True story: I didn’t know these dolls were a thing until I went to my friends house one day for a play date. I went to use her bathroom, closed the door, and per usual had to check behind the shower curtain to make sure there wasn’t a murderer. ONLY TO FIND A NAKED MY SIZE BARBIE CHILLIN IN THE TUB. I think I might have peed a little too early in the bathroom that day.

I never EVER saw the appeal of these creepy little demons. Still don’t. Still think they may be the spawns of Satan.

I loved these things, but looking back now… all I can say is I have a LOT of questions as to who came up with this concept. A lot.