Okay I get it. Slime was Nickelodeon’s Trademark basically. Everywhere you went if you saw green slime you’d automatically think of it getting dumped on your head. But somehow this slime craze managed to go to extreme limits in my opinion. Somehow the green goo that was dumped on people suddenly became popular food items, games, basically anything you can think of. So this post is dedicated to all the random and weirdest products Nickelodeon capitalized on by making a ‘green slime’ version of. Enjoy.

Yum yum yum or as Dora would say delicioso amiright? Honestly these products sound like a 9 year old boys dream at a birthday party, or even some fun Halloween treats if you ask me! 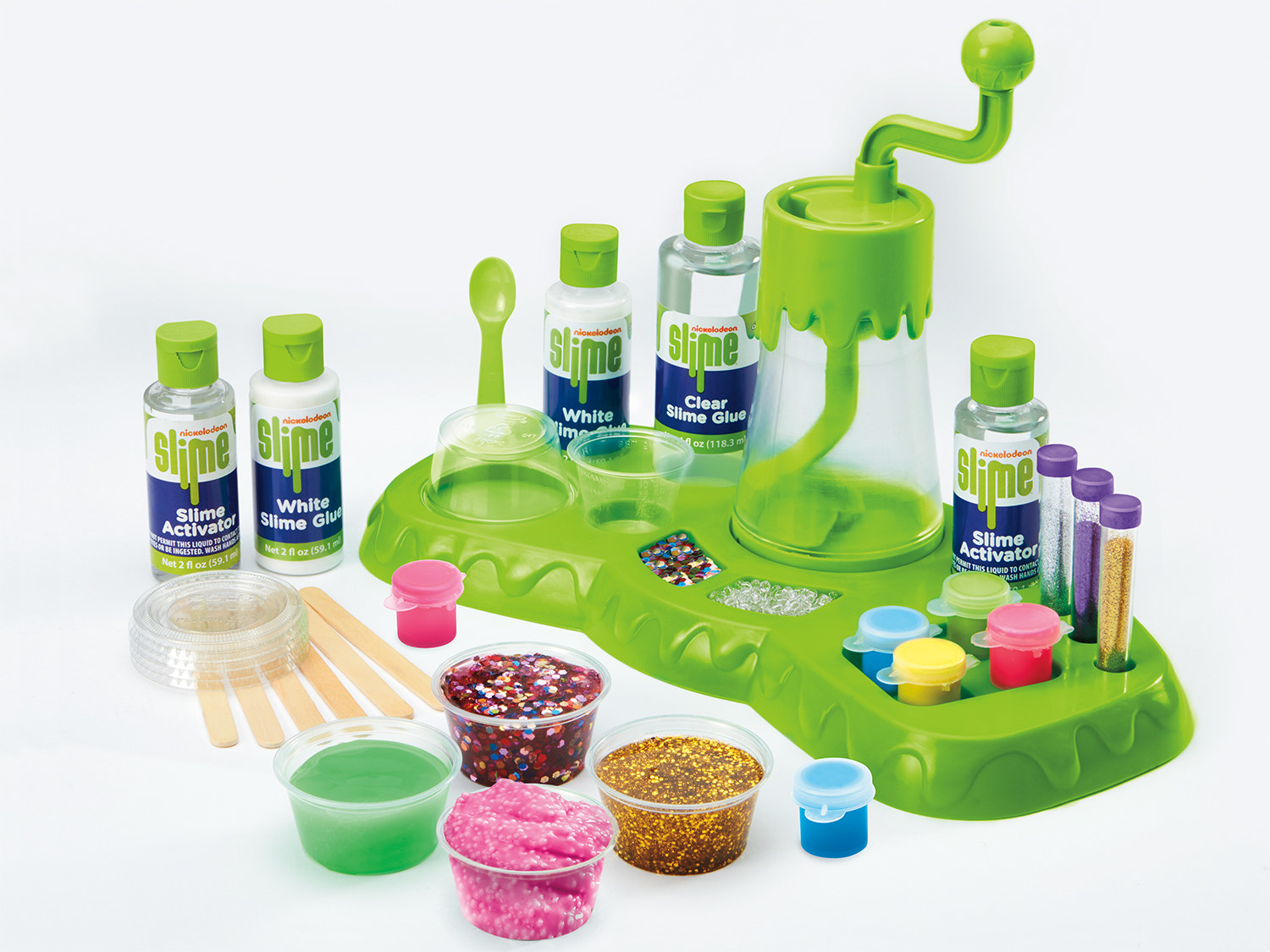 Cause if you don’t add glitter or make it a different color did you really play with it?

Why would someone want to do this voluntarily without it being at least  some type of a roulette game?

That kid looks way too happy to be doused by green goo unsuspectingly.

CAUSE YOU DOESN’T WANT GLUE THAT WILL LEAVE A GREEN FILM OVER EVERYTHING YOU TRY TO GLUE DOWN?

Starting school in style by looking like ya had a nice fresh sliming before homeroom. 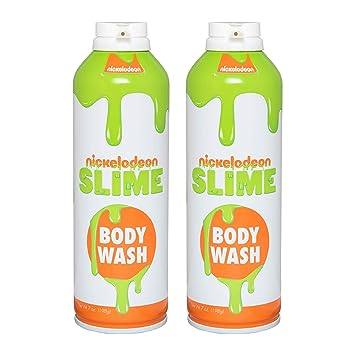 I bet plenty of people wish it turned their skin green too. A self-sliming if you will.

I think there is a reason why this cereal was discontinued… unappealing perhaps?? 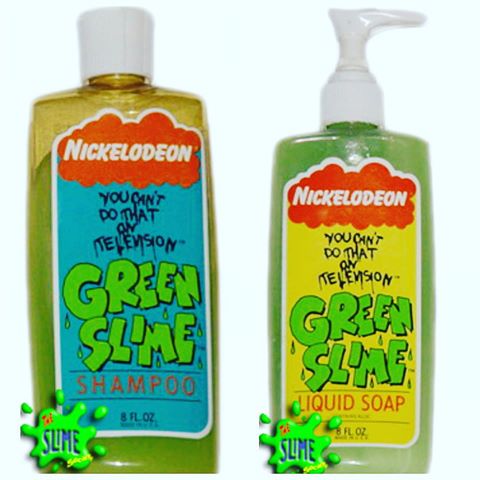 Now this could be entertaining but why not just use water balloons instead? I hope that stuff doesn’t stain clothes.

So fun story, theses are newer and I read about them online, they had to add warnings about how it’s NOT REAL FOOD. When you call a slime product by different food names, and even make them look like melted food items, OBVIOUSLY SOME KIDS GONNA TRY TO EAT IT. Seriously who didn’t think this one through. Also what does the Mac N’ Cheese one smell like.

Who needs pearly whites when you can have slimy greens?

To top things off (pun intended), this is probably the biggest staple in terms of Nickelodeon slime related products. How would you get your kids to eat their dinner? Add a nice heaping dose of slime on top to add to the appeal! I remember this stuff, but I’m pretty sure my mother never let me try it. For good reason, I don’t even want to know what they put in it to make it that vibrant green color.