Obviously I was obsessed with Barbie as a kid (I think everyone had that phase). But one thing I loved most, was some Barbie’s computer games. 90s/00s graphics, simple game play, it was a great time for young me. I decided to make a short list of my top 4 favorites (or really just the top 4 that I played in general)! Enjoy! 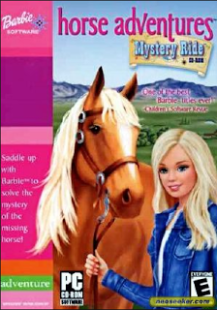 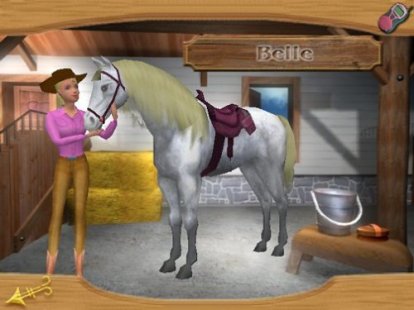 Moral of the story is Barbie’s on the case. When a horse goes missing from the ranch, Barbie springs into action and goes off to solve the mystery of just what happened. This game was huge for me as a child because one, I had to go to my friends house to play it because she owned it and I didn’t (and lets be real games were so much cooler when they weren’t yours). Two, because it was one of the first types of games that allowed you to move somewhat freely and of course you could customize Barbie’s outfit which was a HUGE plus.

Grab Barbie and her friends and get ready for a Groovin good time! Select two of Barbie’s pals at a time and put on the show of a lifetime. Design their outfits, choreograph their dance, and then design the stage to let the show begin! I loved this game because how customizable everything  was as well as how many different mini activities there were! 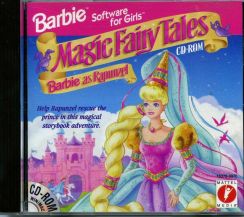 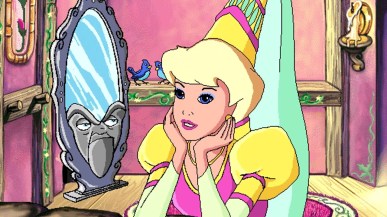 Before the Barbie as Rapunzel Movie came out, there was the interactive PC game with the sassy mirror! This game was great because it definitely gave a little more depth to the well known classic. You go to play along with the story while interacting with all different mini games in between. Mini games included of course dressing Barbie up, as well as finding special objects in order to continue the story! It was defintely one I loved to constantly replay.

GUYS. My childhood soul is SCREAMINGGG right now. Do you know how long it took me to find the name of this game and pictures of it! This game was literally my childhood, I can not even begin to try and estimate the hours I spent playing this game. It was basically a Barbie sticker book with all different backgrounds, barbies, and additional sticker add ons. Also I think if I heard the music even to this day, it would make me tear up. I just remember it being so soothing. Wow this is like the ultimate trip down memory lane.