George’s Island, home to Fort Warren, is located in Boston Harbor and part of a chain of

small islands is the area. Built originally in 1808, Fort Warren served as a ground for military activity, as well as a prison for confederate soldiers during the Civil War. The fort remained both in and out of activity up until World War II, until it become fully decommissioned in 1947. Today, it is a tourist attraction. One with a dark secret.

This story is about Mrs. Melanie Lanier.

Melanie lived in Georgia during the Civil War time period. Her husband, Sam, was sent off to war as a confederate soldier. She feared the worst and worried that he would die at war like so many others had. Unfortunately for Sam, he did not die, instead he was captured by Union soldiers and brought to Fort Warren on George’s Island. There, he sent word to Melanie in the form of a letter to let her know that he was alive and imprisoned on the island.

With courage in her heart and a strong will to be reunited with her husband she cut her hair short, put on men’s clothing, and set out for New England. When she arrived, she made herself a uniform to blend in with those on the island. She rowed to the island with her weapons at the ready, determined to set her love free.

The story goes that she somehow managed to free her husband from the prison, but they were both soon discovered as they tried to escape the island. There are two ways the story goes from this point on, but both have the same ending. One ending states that Melanie took a union soldier hostage at gunpoint, soon a struggle ensued. The union soldier tried to get the gun away from Melanie and that is when she pulled the trigger. The second ending is the couple were surrounded so Melanie aimed her gun only to have it blow up in her hands. Either way the stray bullet doesn’t hit its intended target. Instead, it hits Sam.

In the end, Melanie was responsible for her lovers death. The legend suggests that Melanie was originally going to be pardoned by the soldiers for sneaking onto the island because she was simply just a woman upset. But with the new blood on her hands, she was sentenced to be hanged. Her last request before being hanged was to die in women’s clothing. Unfortunately since the island was inhabited only by men, the best they could find to accommodate her wishes were some black robes. 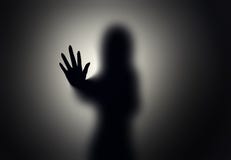 buried on the island as well. Overall, it is said that she is still seen roaming the island in her black robes. Searching for her missing loved one or doomed to roam the island as a punishment.

She is often times seen wandering the tunnels within George’s Island or drifting in the corner of people’s vision. I remember I would often visit the island when I was younger either on a school field trip or as a day trip with my family. The tunnels are extremely dark and I did visit the room Melanie was supposedly hanged in. The entire place definitely gives off an eerie vibe and there is definitely cold spots where things don’t feel quite right. So many people have said to have seen the Lady in Black wondering Fort Warren. But, I’ll leave the legend here for you to decide.