The Haunting History of The LaLaurie Mansion Part 3: A Gruesome Scene

Welcome to the harrowing third part of the LaLaurie Mansion. It’s time to discuss what horrors awaited the bystanders just beyond the locked slave quarters’ door.

When bystanders finally broke down the door, they were met with an indescribable scene in front of them. Slaves. Seven of them to be specific. In varies states of disfiguration. But this is where it is hard to decipher fact from legend. Some facts are known like how some of the tortured were strung up to the walls, many had been clearly whipped with open back wounds, and others were in varies states of mutilation but still alive. Some were even dissected with their own internal organs tied around their bodies, while others had iron collars placed on their necks to force their heads into a constant upstanding position. Then the line becomes blurred with what may be truth or fiction. Many sources state there was slaves found with bones broken and healed into misshapen forms. One slave was even described as to looking like a human caterpillar. Now whether these more horror inducing tales are true or not may never truly be known. One thing known for certain is that the slaves had been kept within the room for months.

The discovery of the room caused a flurry of anger among the citizens. Police were notified and the slaves were questioned at the local station as well as put on display for all onlookers to see. Many wanted to see the rumors for themselves. LaLaurie’s husband (the separation did not last long) basically told police that everyone should simply mind their own business, but after the slaves were scene by the public, riots broke out. Mobs swarmed the mansion. Their rage led them to destroying whatever the fire did not. Reports later stated that by the time the mobs were done only the walls of the house remained.

The entire story of what occurred behind closed doors had fully come to light. Delphine did not simply abuse her slaves, she tortured them. Killed them. Police dug up the backyard only to find the remains of those murdered within the home. The exact number of bodies found is still unknown. Delphine’s daughters admitted to being punished by their mother when caught trying to help or feed the slaves.

So what became of Delphine LaLaurie you may ask? Well, that is actually a question many still ask themselves to their day. What is known for sure is that Delphine escaped the mobs that bombarded her house shortly after the fire. From there she traveled to Alabama only to then go to Paris for the remainder of her life. No one knows exactly when she died as sources in Paris state she died in 1849, but a mysterious plaque located in the St. Louis Cemetery states Delphine died in Paris in 1842. Regardless, after the events of the 1834 fire, the slave torment came to an end thus making the LaLaurie Mansion and Delphine LaLaurie herself a widely known historic blemish in New Orleans history.

Think that’s the end of the mansions history? Think again. Far from it actually. Tune back in tomorrow for the ghastly conclusion of the LaLaurie Mansion’s History. Learn what became of the mansion itself, discover what else occurred within its walls after the fleeing of Delphine, and what souls may still be residing within the mansion’s walls to this day. 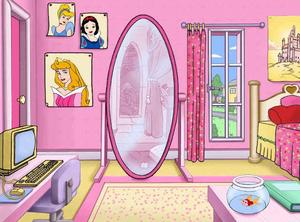