Let’s be real. When it comes to the holidays most people think of the usual gingerbread houses, presents, Christmas trees, and that fruity brick many are gifted but few actually enjoy: fruitcake. So where on earth did fruitcake even come from and why is it still so popular today when it has such a bad reputation among many? Well, that’s why I am here today to answer all of your pressing fruitcake questions (that you totally had or didn’t realize you had until now)!

So let’s start with the basics, where exactly did fruitcake come from? Believe it or not, fruitcake is actually much older than many people realize and was actually first created in Ancient Rome over 2000 years ago! The original recipe contained ingredients such as pine nuts, pomegranate seeds, and raisins. These items would then be mixed into a barley mash.

Not exactly what you’d expect right? And not exactly what we know as fruitcake today huh? Well that’s because it wasn’t until the Middle Ages and it’s popularity growing throughout Europe that preserved fruits and other sweet items such as honey were added to the recipe. The really cool thing about this concept is that once fruitcake began to grow and expand throughout different countries around the world, the recipe started to evolve and change based on the country you were in. I’ll get into that a little later.

Anyways, what’s really interesting about the concept of fruitcakes is that it use to be expensive to make and usually for the elites, that is until sugar from the American Colonies in the 1700s changed that. Once the excess amount of sugar from the colonies was introduced, it led to the idea of creating a large amount of candied fruit to make it last longer. This then led to a greater popularity of fruitcake and the affordability of the delicacy. It also led to the better known creation that most of us are familiar with today. Fruitcake filled with so much sugar and candied fruit that it can literally last for years without going bad. I even read about some families that have had the same fruitcake passed down for decades as a family tradition and it has yet to go bad (don’t worry it’s for show, NOT eating). If you store the fruitcake properly (usually in a damp cloth of cloth dampened with alcohol) it can literally last forever. Hence where most of the jokes about fruitcake being hard as a rock or never goes bad come from.

Now let’s talk about fruitcake around the world and highlight how some countries have their own special twist on the classic dessert.

spurred from. I guess the hatred is mainly due to the mass production of cheap fruitcakes around the holidays. Not surprised on that one United States great job…. anyways, a real authentic fruitcake is something you probably won’t find sitting on the shelf boxed at your local Walmart. Instead United States fruitcakes are best when made to order and unlike many other countries is usually not made with alcohol at all. Other countries tend to soak their cakes in alcohol to better preserve it. Instead, ours usual just consists of nuts, fruit and a batter mix. In the United Kingdom fruitcake is very popular around the holidays and also referred to as a Christmas cake. Although the variety or recipe varies based on region, the UK’s fruitcakes are known to be sweeter in style. I say this because theirs tend to be topped with marzipan and white icing that usually depicts a winter scene.

Spain’s fruitcake favors figs as well as walnuts or almonds as their nuts of choice.

Portugal’s fruitcake tradition is a little more lively and fun compared to other countries. 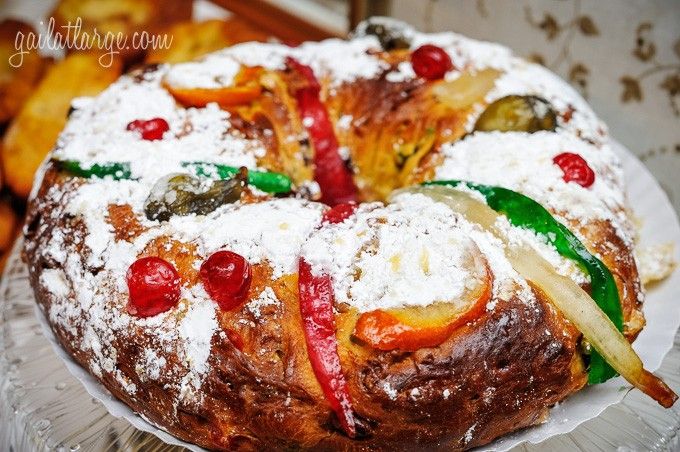 Fruitcakes in Portugal can normally be found in every house or family tradition when it comes to the holiday season. But the idea of fruitcake has slowly become a type of game over the years. Their cakes usually contain a fava bean, otherwise known as a ‘long bean’. The tradition goes that whoever finds the fava bean within their slice of fruitcake is responsible for purchasing the fruitcake in the following year!

Poland’s fruitcakes have a more spongecake like consistency and recipe with the usual addition of nuts and candied fruit.

New Zealand’s fruitcake traditions are slightly different from others around the globe. lighter versions of the cake can often times be found year round, but are more commonly known around the holiday time.

Philippines fruitcakes are often made with more exotic fruits such as mangoes, pineapples and strawberries. They, like Poland’s also tend to have more of a spongecake like recipe, but the Philippines also add layers of gelatin and whipped cream.

Irelands tradition is to eat fruitcake on Halloween and to hide little objects within the cakes. When when found, each little item stands for a different fortune to the person who discovers it within their slice.

Now Italian fruitcake is something that I am more familiar with. My mom’s side of the family has traditions that are strong with their Italian heritage. This usually includes the eating of Panettone which is from the Milanese part of 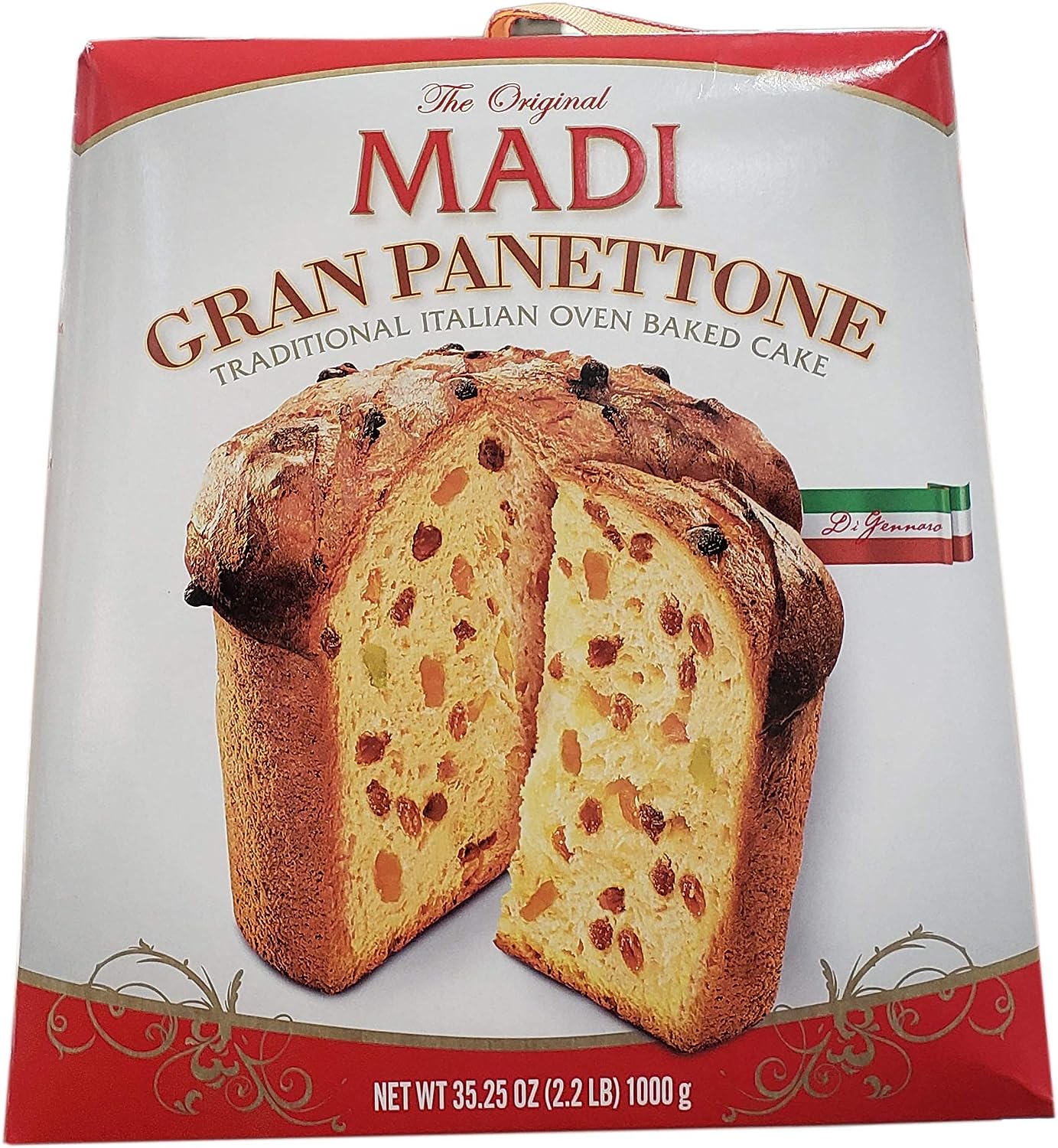 Italy. Although Italy has other varieties of fruitcake such as Panforte and Pandolce, I am most familiar with Panettone because it is also widely sold here in the United States. This version of the holiday cake is like a bread consistency and usually a crumbly round cake with a sprinkle of nuts & dried fruit throughout.

In Germany, their version of the fruitcake is usually just known as sweet bread. Their sweet bread once again varies depending on the region but is most commonly made with only citrus zest, peels, nuts and powdered sugar on top. Other regions within Germany do add other dried fruits such as apricot, plums and figs as well. 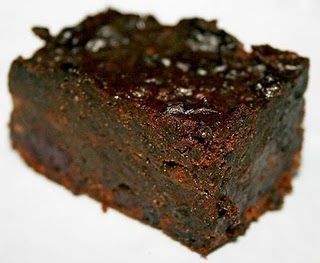 In the Caribbean, they don’t shy away from adding some extra rum to their fruitcake. In fact, most of the traditional fruitcakes’ ingredients are soaked in dark rum anywhere between a few weeks to a few months prior to the holiday consumption time! Then of course they add more on top once it’s fully done and ready to serve! Talk about a Merry Christmas in the Caribbean.

Bulgarias most similar dish to the fruitcake is known as kozunak and is actually consumed mainly on Easter and is traditionally made at home.

Lastly, we have Canada, where their fruitcake is pretty much your basic loaf of fruitcake. They usually do not add anything on the top of it like icing or powdered sugar, and like the United States, it’s really only seen around holiday time.

I hope you all gained way more fruitcake knowledge than you ever wanted to know today! Enjoy!