So, lets talk about a subject that will probably be considered controversial even though almost every American celebrates it yearly: the true story behind Thanksgiving. Was it really a time of Pilgrims and Native Americans coming together and singing Kumbaya or was it just another widely misinterpreted description by the Pilgrims of what really went on? Honestly. It’s a bit of both. So let’s take the time to talk about the real history behind one of America’s favorite holidays.

First we have the English Pilgrims who decided it was time to escape in search of religious freedom in a new land. They were known as radical Puritans (crazy strict rules when it came to how everyone must act and live in the eyes of God) who separated from the Church of England, thus acquiring a large target on their backs for their ‘sacrilegious’ ways. So in September of 1620, after living in the Netherlands in exile and fearing they would slowly lose their heritage, the Mayflower set sail, only to strike land less than three months later in what is modern day Plymouth, Massachusetts. 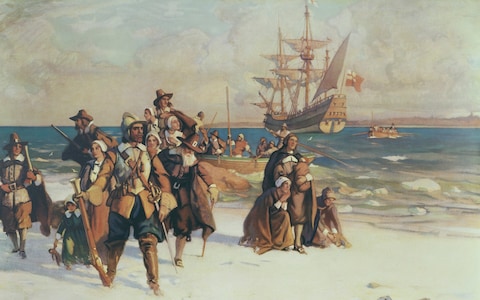 were aboard the Mayflower, dreaming of a new land where they could be free. What they didn’t expect was the harrowing journey ahead of them. Five died at sea during the stormy and unrelenting ocean trek. Forty-five more would perish during the first winter within New England (but well get to that).

Now for those of you who are well acquainted with Early American History will know that the Pilgrims were not the first settlers from England to the new world. The Virginia Company in Jamestown was already established for nearly two decades at that point in 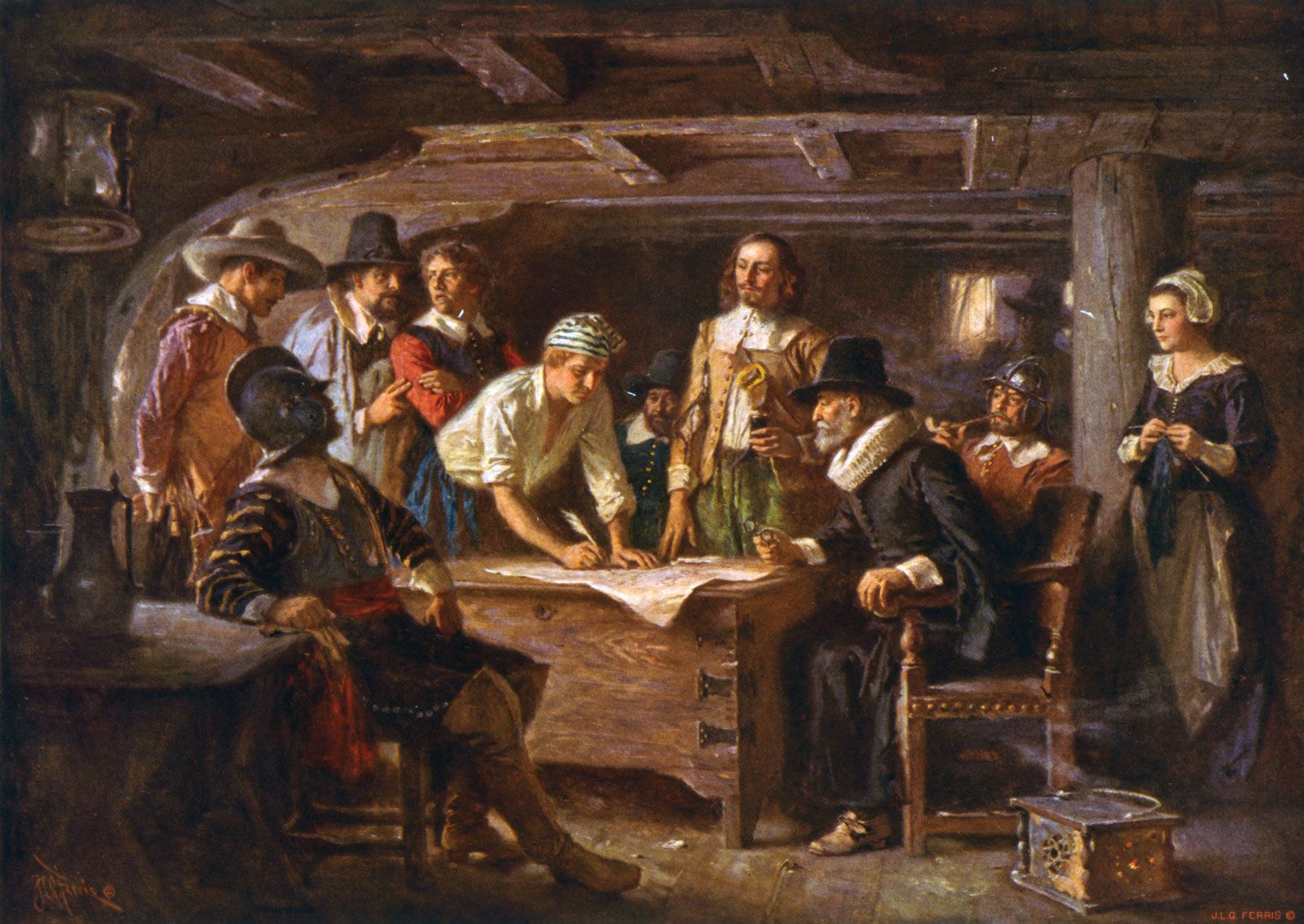 time. This led to another issue. You see, the Pilgrims initial hope was to land in Virginia, but due to the unforeseen rough voyage, they ended up much more north than they expected. By landing in territory that did not belong to Virginia or Jamestown, they were considered outside of English law. Meaning there was no established set of rules or laws to abide by among the surviving Pilgrims. This was easily seen as a threat to their religion and society as a whole. In order to quell any possible issues, the Mayflower Compact was created and signed by all patriarchal figures within the newly forming colony. This was a set of laws to ensure no one rebelled and to keep order. Thus, the Plymouth Colony was established.

The Real History Behind Thanksgiving Pt. 2: The Wampanoag Native Americans >>

One Reply to “The Real History Behind Thanksgiving Pt. 1: The Pilgrims”