Lemme get an Ooooo and now lemme get an ahhhhh. Welcome to Endicott College, aka my alma mater. For those of you who are unaware, Endicott College is a small, private four-year college located on the shores of Beverly, Massachusetts. Just a hop skip and a jump away from Salem, Massachusetts, Beverly and it’s surrounding areas have been developed for quite some time. Endicott College itself is a gorgeous college on the beach with a mix of new modernized buildings as well as old 1920s summer homes that have been re-purposed.

So why exactly is it haunted? I am not going to dive into a huge history lesson as to how Endicott College came to be, but I am briefly going to skim over how it obtained the properties that are said to be haunted.

“Founded in 1939 and based on the idea that higher education should combine theory with practice, Endicott has grown from a graduating class of 20 in 1941, to more than 1,230 students receiving Associate’s, Bachelors, Master’s and Doctoral degrees in 2018.”- http://www.endicott.edu

So as you can tell from that brief little tid bit of information from Endicott’s website, the college grew exponentially over the years. That was mainly due to our late president Dr. Wylie who unfortunately passed away right before my graduation in 2018. His visionary leadership transformed the campus into the success it is today. Every year near Halloween, he would dress in his finest Halloween costume and gather the students in our outdoor amphitheater. With hot apple cider, hot chocolate, and doughnuts to keep us warm, Doc would spend the night telling us all the ghost stories that Endicott had to offer. It is one memory I will always cherish from my years in college, and some of the creepiest when it came to returning to my dorm to sleep for the night.

But with that being said, lets focus on some of the ‘hot spots’ the campus holds. 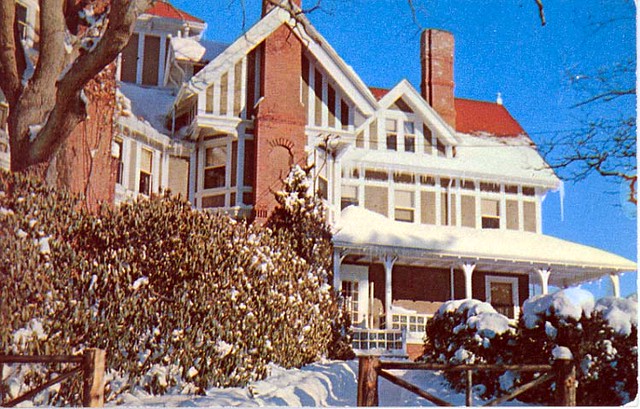 property purchased by Endicott College (back when it was a small all-girls school). There are many stories as to the history behind Reynolds Hall, but the core of the stories all seem to align. The plot of the story goes as followed: it use to be the home of a rich family, a father, mother, and their young daughter.

The daughter lived in a room on the top of the second floor staircase with a connecting bathroom. But, she was often times found in the backyard where (still there to this day) her playhouse, or known today as the ‘Tea House,’ resided. 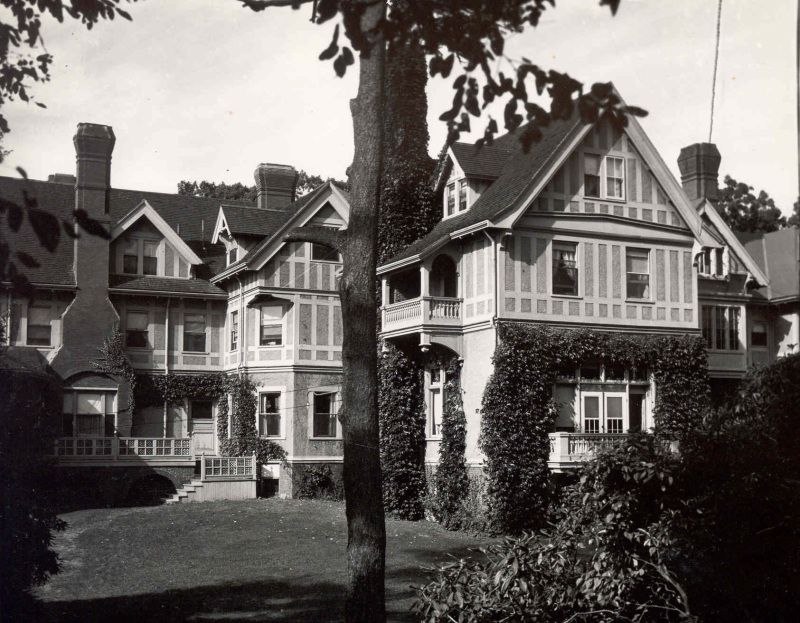 Now inside the home, one of the first things anyone who enters notices is the grand foyer with a gorgeous staircase leading to the high levels of the household. It is said that one evening when the young girl was descending the stairs she fell. She did not die, but her fate may have been considered even worse for the time period. Instead she became paralyzed. Forced to live out the rest of her days in a wheelchair. I only act like this is the world’s biggest travesty because at the time, having a child who was ‘disabled’ was considered extremely taboo, especially for

those in a higher standing among society. This unfortunately led to the end of outdoor play and visiting the playhouse for the young girl. Instead she was often times confined to her room, it was said she was often times found enjoying a nice hot bath in her private bathroom, meanwhile her parents were ashamed of her existence.

Now this is where things get slightly murky. The tale ends with one of two endings. One was that she simply died at a young age due to complications over the following few years from her injuries sustained from the fall. The other is a lot more gruesome. The second tale was that the father killed the girl because he couldn’t bare to live the life of a tabooed socialite any longer. Either way the ending remains the same, the girl died and it is said she still remains an active member of Reynolds Hall today.

The main sighting stories revolve around that grand staircase in the foyer. Students have 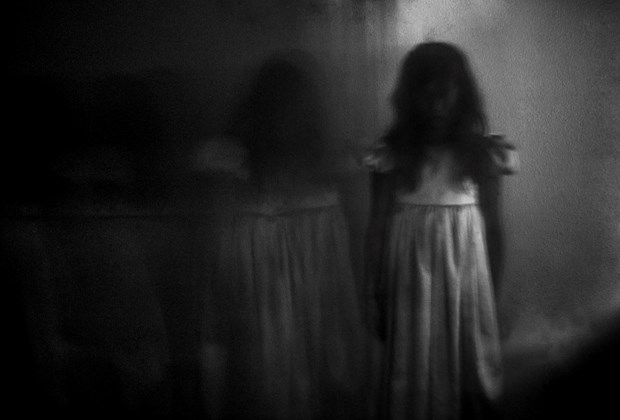 said that if they are returning alone from a late night party or after a study session (usually after the hours of 1AM), they will enter the dormitory to discover a young girl watching them from the staircase. Others have reported seeing a girl’s reflection looking back at them in their mirrors within the dorm rooms themselves.

But the main disturbance that has caused many who reside in her old bedroom concern, is the bathtub she use to enjoy so much. Students are no longer allowed to utilize the tub for baths for sanitation purposes, but it was found that a water ring will often times appear within the tub. It is even said that on a specific night (either in October or November, I don’t remember Doc’s words exactly) that the ring will appear and furniture within the girl’s old room will be rearranged seemingly on their own.

Anyways, now to get to some personal stories about Reynolds Hall. I worked on campus

over the summer of 2015 and was part of a small team that assisted in turning the college into a hotel for the summer months. This allowed local conferences to be hosted at Endicott. But this also led to me either being sent into dorms alone or with my small group.

When it came to Reynolds Hall, my coworkers and I would often times go in together. This was mainly due to the fact that the house is basically like a mini Winchester Mystery House in my opinion. Stairs lead to random landings with a few dorm rooms, random hallways lead to random corners of the house you didn’t even know existed, and basically overall it was just extremely confusing.

Well during our time exploring, many odd occurrences happened within that home. One day we broke into the basement to look around for the heck of it because the door was left open. Shortly after entering, we heard footsteps in the foyer which was directly above us. We panicked assuming it was construction workers doing their summer repairs to the property and ran upstairs to avoid getting in trouble for

snooping. Upon arriving upstairs not even 5 minutes after hearing the footsteps, we discovered no one was in the house. Then we found a dead bird lying on the floor within one of the rooms while doing a bed count after. CREEPY.

The next instance had to do with the Tea House out back. Usually the tiny playhouse (which is like a mansion for kids with how large it is), is boarded up. Rumor had it that

an Endicott student committed suicide in the small enclosure back in the 80s. While working one day, one of our team members noticed the door was not boarded and opened. So of course we had to explore. The playhouse itself is a little farther back and hard to see from the house itself. Once arriving at it we found an extremely old pair of little girls shoes, clearly not from any decade around our time, hanging from the tree next to the house. They were tied to the tree with a cross next to them. Upon entering (and guys I swear I had pictures until I lost them) we noticed the walls were oozing with a red liquid that no lie looked like blood. We also found a large male shoe that looked to be around the same time period as the other shoes found outside. We noped the heck out of there so quickly.

Lastly, one day I was checking in a rather rude group into Reynolds Hall. They were extremely unpleasant and honestly I felt like I was checking them into the haunted mansion. Anyways as I was leaving for the evening I jokingly thought to myself, okay, go ahead and haunt these people. WELP. Next thing ya know I get a call that all the power ONLY in the room they were staying in decided to cut out and couldn’t be fixed until the following morning. Like thanks but also you made more work for me to handle???

That is the tale of Reynolds Hall, check back in for 31 Days of Halloween tomorrow to hear the tales of Winthrop Hall.

2 Replies to “The Hauntings of Endicott College Pt. 1: Reynolds Hall”