Some people don’t even realize that Disney has so many Halloween-themed Original Features. I decided to compile a list of both new and old so that every can enjoy these great Halloween films! Be prepared for me to give plenty of insight on my opinions about each one as well! 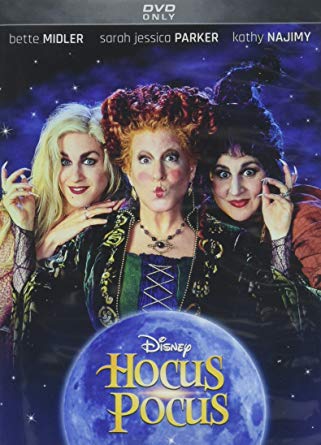 This one I kind of added in as an honorable mention because not many people know this movie was originally made to be a Disney Channel Movie! It wasn’t until Disney Channel deemed it a little ‘too’ scary for their children audience. Makes me laugh because I’m not sure what part of this movie could be considered ‘too’ scary. I mean even Billy is a pretty chill dude! 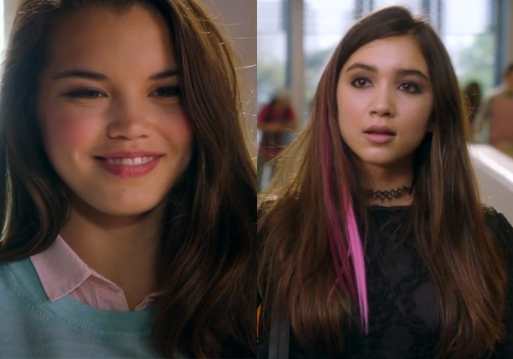 When Cleo, a girl who lives in the shadow of her much more popular sister, creates a science project that goes rogue, she accidentally turns her sister invisible! Now it’s up to her to get her sister back into viewing! I have never seen this movie since it is a newer edition to the Original Movies list, but it doesn’t seem too horrible (unlike most of new Disney Channel now unfortunately). 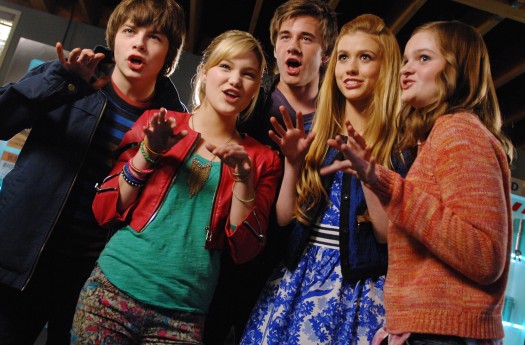 Another newer movie that I think I saw some bits and pieces of. Unfortunately once again these newer Disney Channel shows don’t have much plots to them anymore! Bring back the Disney Channel Movies that talk about the hard topics and got down to the nitty gritty! 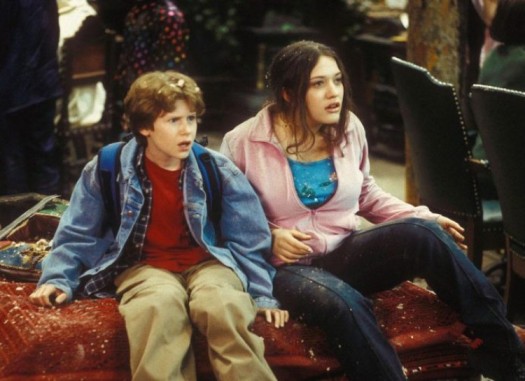 (UPDATE WHEN I WAS LOOKING UP PICTURES I HAD NO IDEA THAT KAT DENNINGS WAS IN THIS I HAVE A NEW FOUND RESPECT FOR THIS MOVIE NOW) I remember this was one of those movies that was considered old even when I was younger so it would play at like 3am on Disney Channel throughout the month of October (for those of you that don’t know Disney channel use to play movies every night at 3am to take up viewing time until morning). Overall the gist of this movie revolved around two siblings who move into a new town right after the death of their grandfather. When they get in contact with a ghoulish crew, they travel to the After World to try and fulfill any last wishes their grandfather might have had. 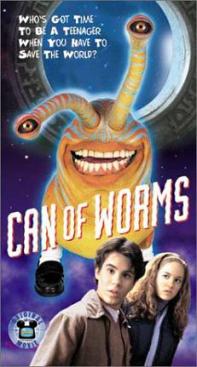 Another older one that I didn’t watch too much or really remember, but after reading the plot online I have some questions. Based off a science fiction comedy novel, the story revolves around Mike who believes he is actually an alien who was sent to earth as a baby. Strange start right? Well apparently Mike is also a high schooler who plays football but on the side tries to communicate with his outer space counterparts. What happens when one of those alien counterparts actually show up to earth? Looks like Mike’s gotta save the world from his brethren! 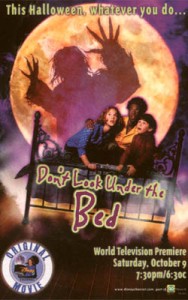 Frances is a smart girl who started high school a year early. When strange things start happening in her town, an imaginary friend who only kids can see claims she is being framed by the Boogeyman! If you can’t tell this is another one of those strange older Halloween movies. Pretty sure, like Can of Worms, it use to scare the crap out of me so I never watched it. 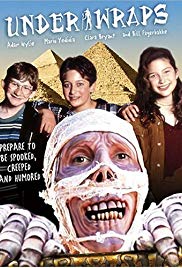 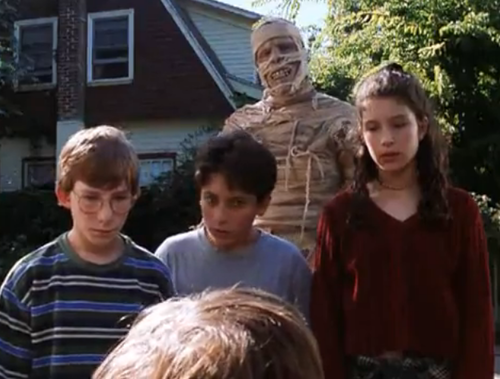 This is where we start getting into the movies I use to watch as a kid. Basically three kids find a mummy that has been stuck in his sarcophagus for thousands of years. At first they are terrified of him, only to slowly realize he’s not so bad after all. So when the adults try to track him down and put him back where he belongs, it’s up to the three friends to save him from living in a box forever!

12. Phantom of the Megaplex

A boy works in a local megaplex that is supposedly haunted by a phantom being. That is until him and his younger sister realize there might be something a little more sinister going on within the movie theater’s walls. Is it really a ghost or someone trying to meddle with the place? I liked this one. 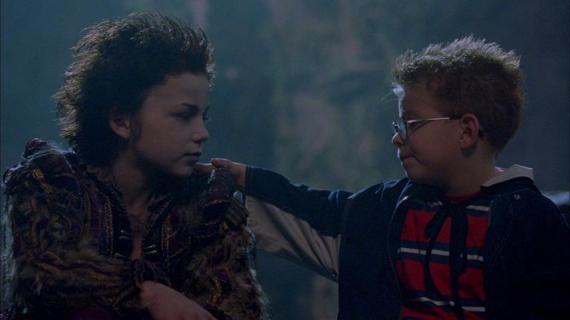 UGH WOW SO GOOD. Literally anything with young Jonathan Lipnicki as the main kid is going to be a great time. Basically Tony (Jonathan Lipnicki) is an only child who’s family decides to up and move to Scotland because of his father’s new job. They move into a crazy big old castle with a haunting past. After being bullied in school by the boss’s kids, he finds himself in the presence of a little vampire. Now with his new vampire friend in tow, it is up to little Tony to ensure the local vampire hunter doesn’t find out about new pal or his pals family! 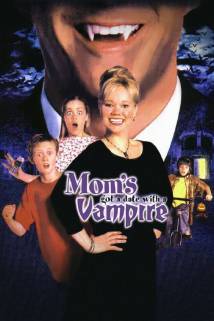 ANOTHER GREAT ONE, and this one comes with some other star-studded people you may recognize! What happens when a young Matt O’Leary decides his mom, Caroline Rhea, needs to get back into the dating world in order so he can sneak out to a concert? Well lets just say she ends up on a date with Charles Shaughnessy who is secretly a vampire out to get his mother’s blood! But thank god we have Robert Carradine there as a vampire hunter to step in and save the day (plus win the love of Caroline Rhea). 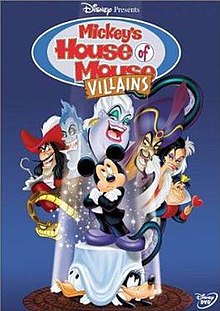 Such an underrated mini TV movie! First of all House of Mouse in general is so underrated, the show brought together some of Disney’s top characters (most of which with their original voice actors) and showcased story lines with characters from different movies coming together as well as showcasing some old Disney shorts! 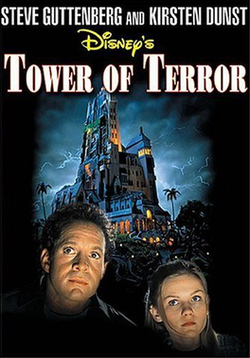 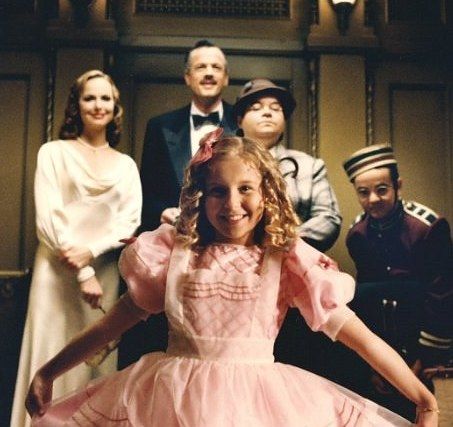 So what surprises me the most is that this movie was allowed on Disney Channel as an Original Movie yet Hocus Pocus was deemed too scary. This movie was super dark for a kids film and even to this day I am shocked at how it was allowed to air because some pieces are just a little too graphic for a kids eye. Now a days the movie doesn’t frighten many, but there are scenes in which you see the silhouette of a man hanging from a noose as well as the death of everyone from within the elevator. For those of you who don’t know what I’m talking about, this movie revolved around a young Kirsten Dunst and her father who go into an old hotel (The Hollywood Tower Hotel to be exact) that had been shut down years prior due to a horrific elevator accident. Locals say the hotel is still haunted by those of its past. Sound familiar? Based off the ride itself! 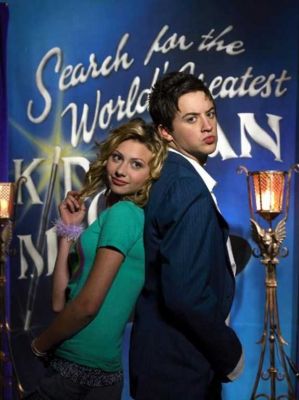 ANOTHER BOMBBB ONE. So basically Aly Michalka dreams of making it big in the producer world, so when she is given the opportunity to find the world’s greatest young magician for a live show inside an old castle, she jumps at the bait. Along the way she finds Danny who turns out to truly have magic powers! Once arriving at the castle, Aly’s character Allyson and Danny discover the show host may be hiding a much darker secret than simply trying to find the best young magician out there. 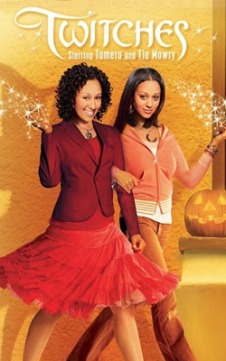 I remember back in the day, I had all my friends over for a ‘viewing’ party when this first came out. That was the cool thing to do when a new Disney Channel Movie aired. Anyways I also remember my mother being sick as crap and me begging her to still let my friends come over to watch it. Basically when two sisters who were separated at birth (sounds similar to another show they were in) find each other on their birthday (that also happens to be Halloween), they are shocked to also realize they both have magic powers and a prophecy written about them to save the world they came from. 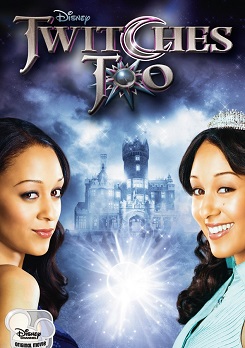 Now that the worlds are saved, the witch twins now must learn what it takes to become royalty in their alternate magical world. DO they have what it takes? Or will they crumble under pressure? Also there is a new dark force brooding among the mystical world. Can they stop it in time? 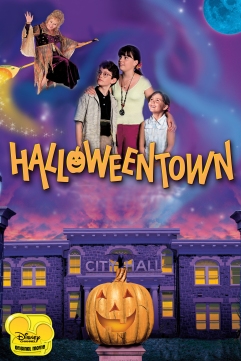 THE. BEST. HALLOWEEN. MOVIE. EVER. @ me, I dare you. Halloweentown is my dang CHILDHOOOD. Do you know how many times I wished I would find a magical bus on Halloween that would take me to that giant pumpkin in town square? (Which by the way you can visit in real life) Anyways, the story opens on Marnie, a 13 year old girl who doesn’t understand why her mother hates Halloween so much or why it is the one time of the year her grandmother, Debbie Reynolds, can come visit. Then she learns shes actually a witch from a powerful line of Cromwell witches and it is up to her, with the guidance of her grandma, to stop the ‘bad thing’ that is turning all of Halloweentown evil!

Another great staple set after the events of the first movie. Now Marnie fully embraces her witchy side and her grandmother has moved in. It isn’t until Halloween where she meets a beautiful stranger and returns to Halloweentown to notice that things have become a little gray and bland in the town shes come to know and love. So what exactly is happening? Another curse? Looks like its time for some Cromwell magical butt bustin!

The last of the Halloweentown movies that I would consider good. In this movie, Marnie is now in high school and decides its time for mortals to learn monsters aren’t really so bad after all. Bringing on a group of monster exchange students, Marnie is determined to help them adapt to the mortal world, that is until someone starts trying to sabotage her efforts. Who is exactly behind these mysterious incidents? Welp looks like thats up for Marnie to decide yet again. This movie was cool because it also starred Lucas Grabeel and unknown at the time Finn Wittrock (who many now know for his dastardly ways on American Horror Story).

Awful. Who. The. Hell. Let. This. Happen. FIRST OF ALL. WHO IN THEIR RIGHT MIND REPLACES MARNIE. Kimberly J Brown is a STAPLE to not only the Halloweentown world, but Disney Channel in general! Like okay, I do like Sara Paxton, but don’t mess with my girl Marnie and try to replace her. Basically this movie revolved around imposter Marnie deciding it was time for her to go to college, but decides to attend a witch university instead of a normal one. There she is reunited with Lucas Grabeel who suddenly becomes a love interest in this movie and constantly has Jessie McCartney playing in the background (not complaining about the JM  part). She then finds out her grandmother (WHO IS ALSO BARELY IN THE FILM WHICH IS ANOTHER TRAVESTY) is actually witch royalty from ancient times. Then she finds out the school has a secret society out to get Marnie’s magic and make sure witches rule over all the monsters in Halloweentown like in the past. *Mic Drop* rant over.