So now that we have reached the peak of the Borden House Murder Mystery, lets get into the actual investigation of what really happened that day within the household.

The rough timeline of events happened according to investigators at the time as followed. Andrew left for his walk at 9am. Sometime within the next hour and a half leading up to 10:30am, Abby went up to make the bed and do some light cleaning in the guest room. Evidence showed that Abby (like the song states) was the first to be murdered during some point within that hour and a half time frame.

When Andrew returned home from his walk at 10:30am, it was said that the door was initially jammed when he tried to enter and that Maggie had to assist in opening the door for him. It was then stated that Lizzie was heard laughing from the second floor which is the first suspicious instance given that Abby would have already been dead by the time Andrew had returned home and anyone on the second floor of the home would have given notice. Of course, Lizzie denied these allegations from her maid and further claimed that Abby had received word earlier that ‘her friend had fallen ill’ and thus requested her presence. This led to Lizzie’s statement that she believed Abby had already left for the day. She even went so far into detail as to stating that she doted 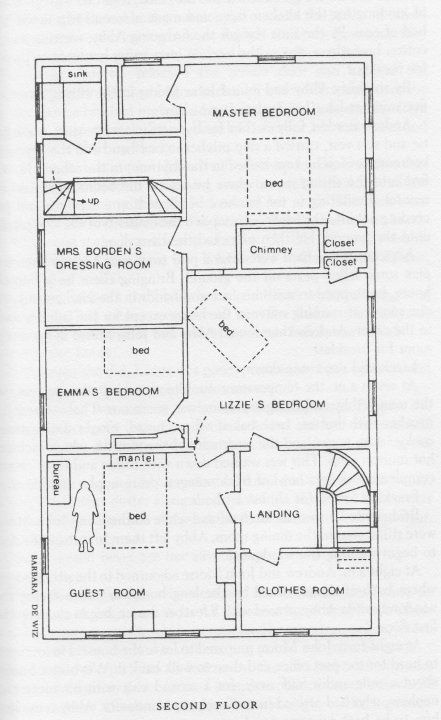 upon her father when he returned and even assisted him and taking off his boots prior to his rest. This was strike two because the evidence in the gruesome image above clearly proves that Andrew was discovered with his boots on at the crime scene.

Strike three came when she reportedly told Maggie to go out and run errands for the household, this would have then left the house empty besides the now dead Abby, the sleeping Andrew, and Lizzie. This is though when Maggie refused and decided to retire to her room claiming to feel ill and taking her nap. 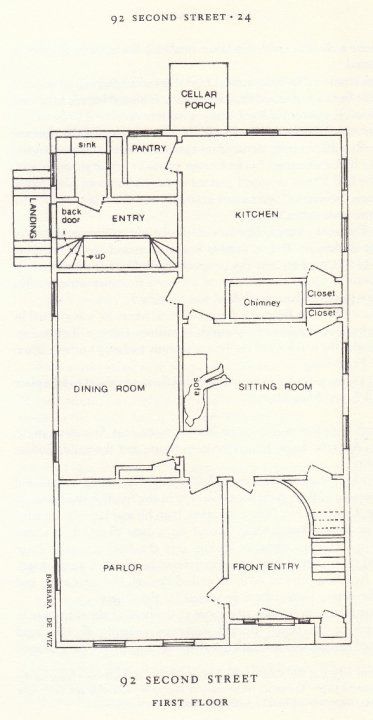 Lizzie then stated to the police that she went out to the family barn only to return and discover her father’s brutalized body.

Now what is extremely important to note is that when Maggie supposedly heard Lizzie scream and ran down to find her standing over the body of her father, Lizzie’s dress was spotless. There was no sign of blood or proof that she herself could have been the one to commit the murders. But here is where we start to find the incriminating evidence that would soon build up against Lizzie and even towards Maggie the maid as well.

Since Andrew died without a proper will made, the entire inheritance and household was given to the remaining Borden family (aka Lizzie and Emma). Suddenly works in their favor it seems right? No threat of being written out of a will or of any portion of the family’s earnings going to Abby’s written heirs.

Right from the start, investigators automatically suspected Lizzie and subsequently had her arrested for the crime. You might be thinking to yourself at this point, okay well she was home when this occurred and it could go one of two ways, maybe she really was innocent and was in the barn at the time of the murders, or she was the one responsible. So how about even further strange circumstances that prove Lizzie new much more than she was letting on.

One was her initial strange retelling of the story with investigators where her information just didn’t seem to fully add up properly. Two was it had thus been

discovered that she did in fact purchase poison in the days prior when the family had fallen ill. The third, was an ax was found in the basement of the home the day after the murder had occurred, It was said that the following evening Lizzie was seen by investigators entering the basement, and upon further investigation found a perfectly clean ax that hand been split in two at the handle. Lastly, one of the most incriminating facts was that she burnt a dress just days after the murder occurred claiming it was an older dress she no longer wanted to keep. Strange how that happens right after she is found wearing a spotless dress at the scene of the crime. COINCIDENCE???

Well this is what the jury seemed to believe. Even with a substantial amount of evidence that built up towards Lizzie at the time and various witnesses including the household maid coming forward admitting to the bad blood the Borden family had among one another, Lizzie was acquitted. Given the jury was all male and couldn’t fathom the fact that a good Christian woman would even be capable of such a crime or the apparent use of morphine to ‘calm Lizzie’s nerves’ and supposedly tampered with her ability to properly defend herself in trial, Lizzie walked free in June of 1893.

So what theories have thus been created over this entire ordeal? Who could have been the one truly responsible? Well I think it’s time we found out.