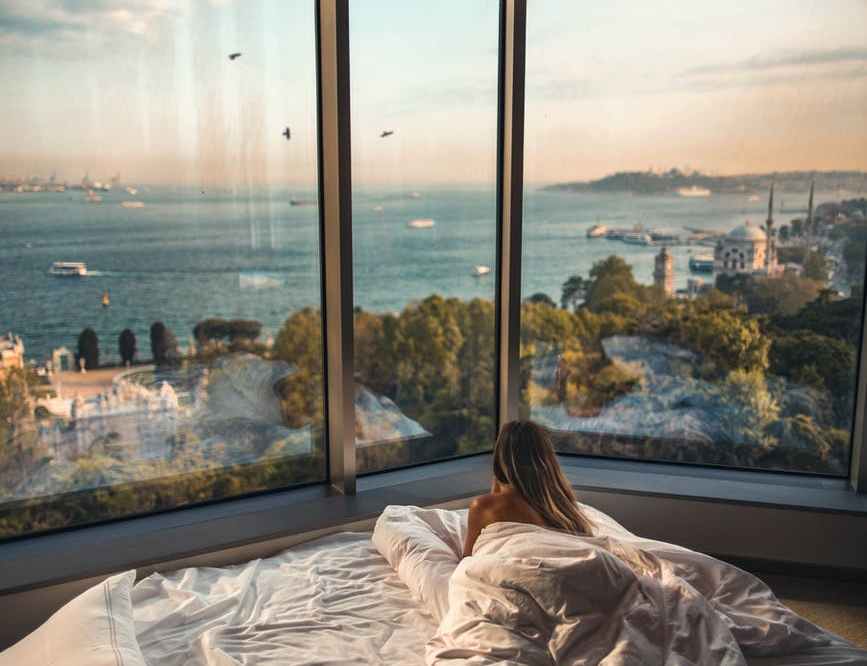 So what’s it like you ask? The Waldorf Astoria? Well I’m not going to lie and say I already feel right at home and know the hotel like the back of my hand. It’s definitely a current work in progress. It’s been three weeks so far and I just started being out in the lobby solo. It’s a whirlwind of a time really.

When the name Waldorf Astoria is brought up in conversation it usually will ring a bell in everyone’s head, at least in the hospitality industry it will. Whether someone has stayed there before or just simply heard about it, it’s definitely a well-known name on a global scale. To match that name is Hilton, which the Waldorf Astoria brand falls under.

Now I’m sure for most of you, when you hear the name Hilton your mind automatically races to a crazy blonde who loves to party (no not me). It is the founder’s great-granddaughter after all. But when I think of the name Hilton, my mind actually races back to my freshman year of college in my Room Management class. There, we discussed all the different types of hotels and the brands that made the hotel industry what it is today.

Out of all the hotel brands though, the one that has been able to dominate the industry and is considered one of the main attributes to modern hotels would be Hilton.

*Cue the old time music and the black and white flashbacks*

Conrad Hilton was born on Christmas in 1887. Growing up in San Antonio, New Mexico, Conrad took over the family business by running his family’s general store, which over time converted half of it’s property into a small hotel, until his enlistment into WWI. Upon returning to the United States and after learning about his father’s untimely death in a car accident, Conrad packed up and moved to Texas with the hopes of purchasing a bank. When that idea fell through, he set his sights on a hotel, the Mobley Hotel.

To give you an idea of what kind of a businessman Hilton was, he purchased the 40-room hotel in 1919 and soon it became so popular they had to convert dining space into additional rooms to keep up with popular demand. To further showcase his business skills, the hotel was so popular, room changes for a single room could happen up to three times a day. By 1930 he had already expanded his brand by constructing and opening four hotels in other parts of Texas.

It wasn’t until the Great Depression hit that his business came to a standstill. Forced to file for bankruptcy due to the lack of discretionary income from the general public, Conrad thought his business had met his end.

When the Great Depression slowly came to an end and discretionary income slowly started to rise again, so did the Hilton industry. Conrad knew this was his chance to make a comeback and he came back tenfold. Expanding beyond Texas, Conrad was opening new Hilton hotels country wide. Up until his death in 1979, Conrad continued keeping his vision alive and continued expanding his industry on a global scale.

Picture this, it’s 1893 and Manhattan New York is flourishing. A man by the name of William Waldorf Astor decides he wants to open the most luxurious hotel in existence. So with that goal in mind, right on the corner of 33rd Street and Fifth Avenue the first hotel of its kind was opened, the Waldorf Hotel.

Then comes along William’s cousin, John Jacob Astor IV (fancy), and he decides to get a slice of the action. He builds a hotel, the Astoria Hotel, adjacent to William’s and strikes a deal with his cousin: why not conjoin the two hotels and become one brand.

Boom, Bang, Pow, the Waldorf Astoria is born. For years the hotel held some of the most prestigious guests and parties. Expansions and renovations came with time, but when 1929 came, the grandeur came to a halt. The buildings were actually demolished to make way for another well known icon in NYC. Any guesses? Whoever guessed the Empire State Building would be correct! Yes the conjoined hotels closed their doors only to reopen at a new location on Park Avenue in 1931.

During the same time of this hotel’s success, Conrad was right in the middle of starting up his empire. He deeply admired the Waldorf Astoria and its ability to bring luxury to a new level for the hotel industry. His dream was to acquire it, and that’s just what he did. Over time the two cousins started to feud over the legalities of the hotel with its rising popularity. This ultimately led to a falling out within the family and the selling of the property. Conrad jumped on the offer and soon his dream quite literally became a reality. The Waldorf Astoria was officially a Hilton owned hotel.

Flash forward to now. Here I am. Little ol’ Victoria working hard as a concierge in a five-star hotel whose name holds a legacy for luxury and glamour. Today, there are only a handful of Waldorf Astorias around the world, only located in famous or historic areas (like Walt Disney World in Orlando Florida). The current Waldorf Astoria I reside in, the Orlando property, is considered the top Waldorf Astoria property there is. Our Waldorf Astoria has beaten out other locations like Beverly Hills and Las Vegas for our high level of service. Our restaurants located in house are considered the best in Orlando and our services are known all over.

So far it has been a stressful adjustment. Take Disney guest expectations and times them by 100 and there you have a Waldorf guest. I don’t blame them though, they’re paying a premium price for a luxury service. When they arrive through our front doors their minds shut off and our minds take over to plan every single moment of their trip based on their requests. Learning all the ins and outs can be overwhelming, but I know with time I start getting the hang of it all. The luxury and glamour still lives on in the Waldorf Astoria properties around the world, even being in Orlando I have already heard/seen my fair share of A-list celebrities! Overall I can’t wait to see where this opportunity brings me and see where my future career will lead!

One Reply to “So What’s My Job Life Now?: The Brief History of Conrad Hilton & The Waldorf Astoria”