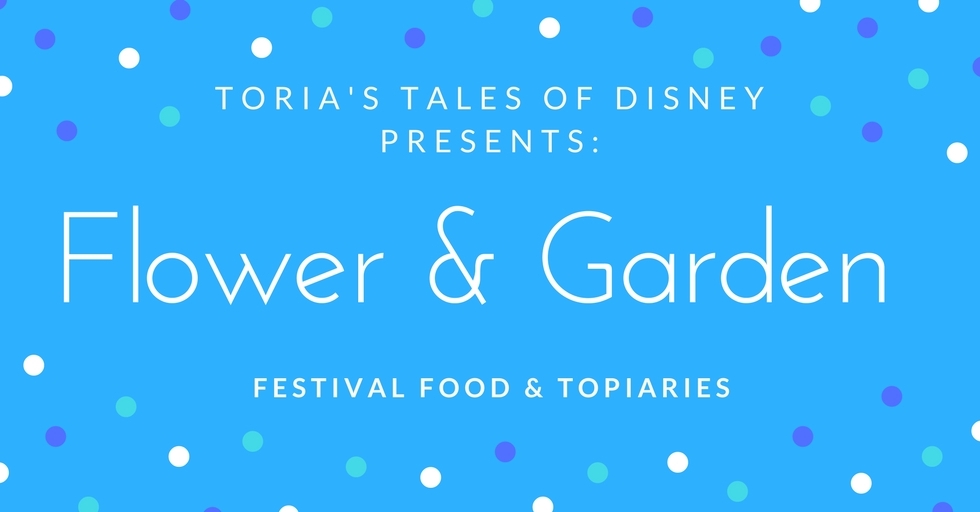 It’s finally that time of the year where Epcot has flowers and food everywhere! The Flower & Garden Festival for those that don’t know is a very popular time for Epcot. Epcot gets a slight flower makeover, you never know what flowery characters you might spot! They also have multiple little stands selling specialty food just for the festival! Since I would consider myself a Disney foodie, my roommates and I went to the festival on the first day and tried new food from each country. The great things about these stands is the pricing isn’t bad and the portions are on the smaller side so it’s easy to sample a few items from each country without getting overly full.

Also a hint to all the obsessed people out there, they are now selling Dole Whip (clearly I can’t escape it) in Epcot during the festival. In the video I’m posting below I make sure to show clips of each place we ate and what food we got. I think my favorite from the day had to be the cheese and potato biscuit with salmon from the Cider House in United Kingdom. It was amazinggggg. Also the Bourbon Caramel Chocolate Cake with Pecans from America was spot on. If I could take one meal back I would probably have passed on the potato pancake from Germany; I was hoping it would have a little more flavor to it.

The other really cool thing about the festival is obviously the flowers! The fact that Disney is able to create beloved Disney characters in flower form still amazes me. For those of you that might not understand what I’m talking about, watch my video and you’ll understand. Also for those of you that will remember this and feel slightly nostalgic like I did, if anyone remembers the Body Pavilion in Epcot (right in between the Ellen ride and Test Track), they decided to reutilize it for the festival! It was strange going in there after so many years. What was also strange was the inside was set up exactly as I remembered it only instead of rides and talking vegetables, there was Flower & Garden Merchandise. It brought back a few memories and it was definitely something I recommend checking out!

It is also the start of the Easter Egg Hunt throughout Epcot! Guests can purchase maps and go on the hunt in each country for some Disney inspired Easter Eggs! Once they are all discovered you can turn in your map for a special prize. My roommates and I decided not to spend 5.99$ plus tax per person on the hunt but it was fun to walk around and try to find the eggs anyways! Overall the day was super fun and I will definitely be visiting the festival a few more times before it ends. The link to my video can be found below!

← Aisling & Be Our Guest
Summer Extensions →