So here we have it! The GRAND finale! Now that we have all the needed and appropriate background information, let’s get into what really happened on that supposed remembered day.

So basically let’s just dive right into what really happened that day along with the myths and misconceptions from both sides. Now before I fully get into it, this is probably going to be the most controversial post in this mini Thanksgiving series. I just want everyone to know that I found all of this information from research, none of this is my personal opinions and if any of the information is wrong, I apologize. I just don’t want anyone to get offended or angry if I misstep on some information, I just love sharing history as it truly was, but I am clearly no real historian. On that note, happy Thanksgiving.

Now the actual date of the first ever ‘Thanksgiving’ is something still to be determined by historians. It wasn’t even actually considered a national holiday until 1863 when it was proclaimed during the Civil War by Abraham Lincoln (that’s how it was established as the fourth Thursday of November). 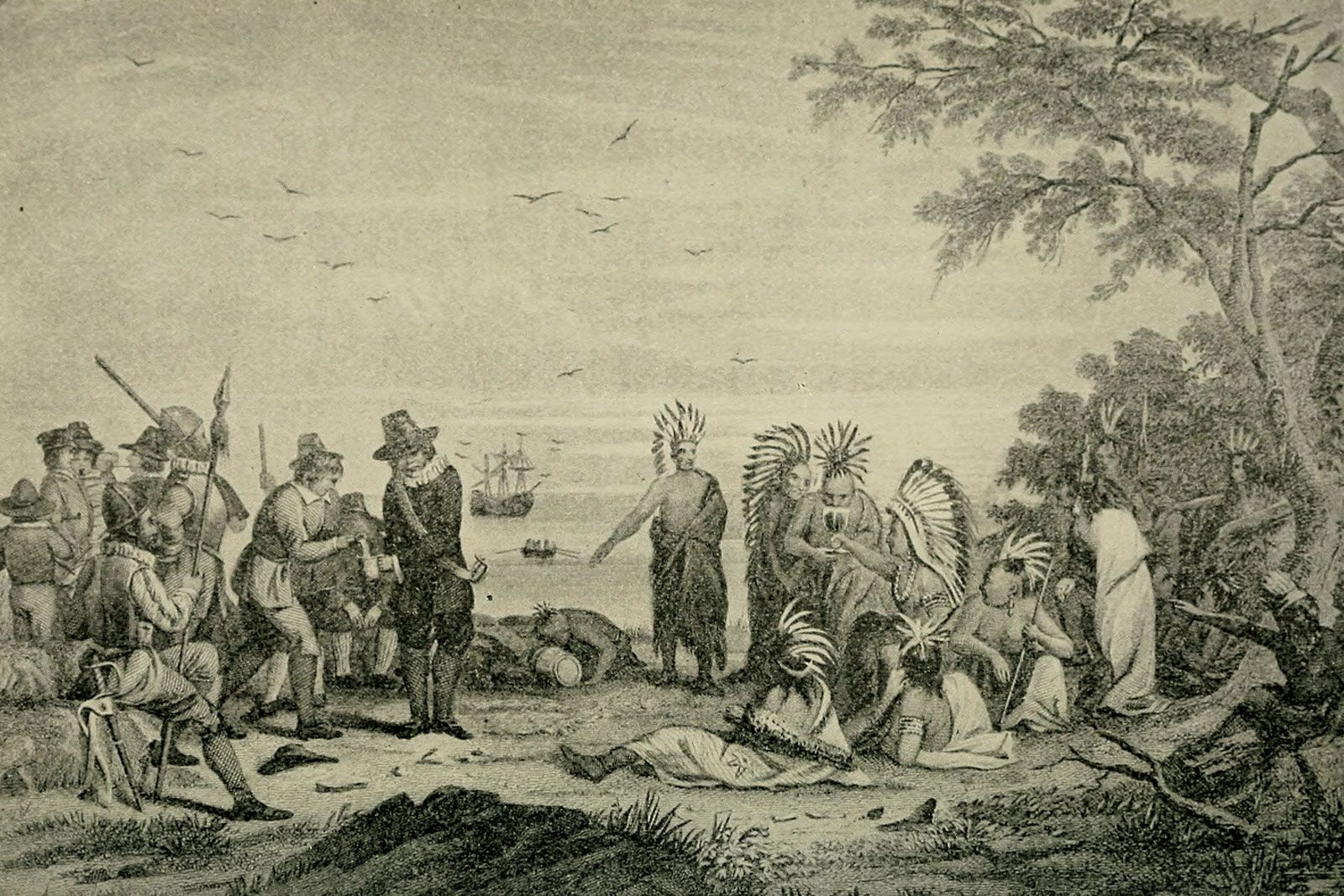 after a harrowing year. In order to celebrate appropriately, they fired rifles to truly show they were having a good time (doesn’t everyone?). This obviously made the Wampanoag’s worried and suspicious. So when they came upon the Pilgrim’s colony, they decided to stay outside of the boundaries for a few days mainly due to the fact that they did not understand why they were firing the guns and because they still had suspicious as to what was really occurring. This led to the idea of a ‘multiple day celebration.’ In reality, the Native Americans were really invited nor were they necessarily wanted.

So while the Wampanoags were camping out around the perimeter, the Pilgrims continued to have their feast, only issue is, they ‘didn’t have’ enough food to offer to the Native Americans. This left the Native American Warriors to go and bring their own food back with them, thus they ‘brought their own food to the feast.’ Although they were said to have shared food among both peoples, it clearly was not the Thanksgiving everyone learned in school. We don’t even know if they actually ate turkey or not! True story!

In fact, they ate a lot more seafood and harvest foods such as pumpkins and beans rather than the Thanksgiving fixings we know today. There is a possibility that turkey was involved due to its abundance in the area, but it is never fully specified.

So there ya have it people. Your first Thanksgiving. It’s seen as a day of mourning among the Native Americans that survived the massacres that ensued within the following years. In fact, once Chief Massasoit died in 1661 (the one who initiated the contact and agreed to the original treaty, keeping peace between the two groups) and one of his sons took over, the ‘peace’ slowly started to dwindle until the start of The King Phillip’s War in 1675. Now that’s a story for a different time.

Overall, there ya have it. Enjoy and make of it what you will.