Time to get to the meat of the story. This is the part that most people start to remember from their random Salem Witch Trials portion of Social Studies. Witches start getting accused and put on trial. But I want to take a little step further into these accusations so we can start to make the connection as to why these select 3 people were chosen as the afflicted girls’ first victims.

First we have Tituba, she was a bit of an obvious accusation. She was the most who assisted in filling the girls’ minds with stories of voodoo and rituals. She also was a slave and had no rights among the community, she was an easy first target.

Next we have Sarah Good. She was known in town to live in poverty and rely on her neighbors to help her get by in many instances. Her husband, William Good, worked as a laborer all day while she was a pregnant beggar. This didn’t sit well with many members of the community. In many villagers’ eyes it was seen as being non-conforming to the social standings that they presided in which was basically sacrilegious at the time. Many ‘witnesses’ even came forward at her trial to state that strange instances would occur when they would allow Sarah Good into their homes. The witnesses claimed they would often times be met with hostility from Good even after providing her with lodging. They also stated in many instances once Good was removed from the households, livestock and cattle would be found dead within the following days.

Now clearly this could be a bad coincidence or even the Goods way of getting revenge from being removed from their neighbors households. Yet the automatic, most obvious answer was clearly that Sarah was using witchcraft to curse the homes of the supposed ‘do gooders.’ (pun intended)

But the original accusation came from Abigail Williams and Betty Parris who claimed Good would cause afflictions and fits among them. The accusations were so ‘serious’ that even her husband William Good agreed that there was something suspicious about his wife and that he never felt safe in her presence. Basically his version of saving his own butt. The weenie. 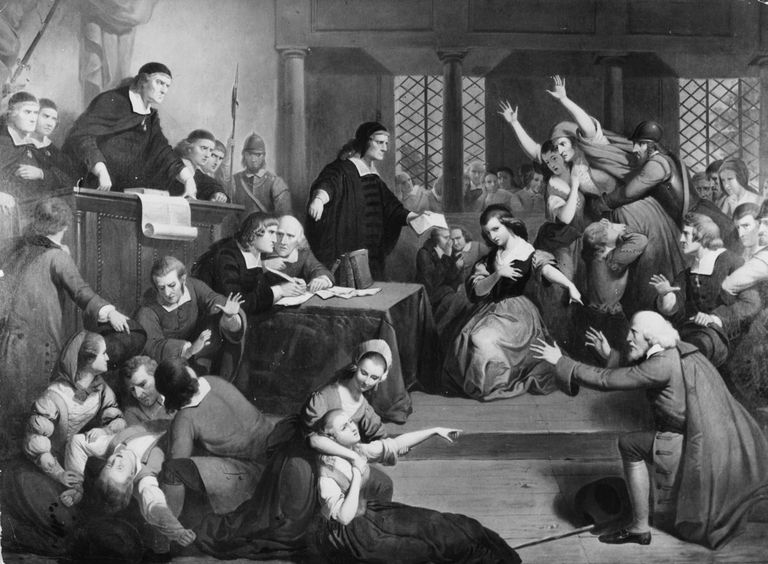 Now finally we have Sarah Osborne. Osborne was technically the first accused of witchcraft by the afflicted girls. Osborne like Good and Tituba was a social outcast that stood out from the normal procedures of Puritan society. Why is that? Well she was actually quite wealthy, but for reasons that were unacceptable at the time. Land and belongings were never considered in the woman of the household’s possession. The man of the household owned everything, including their wife. So when Sarah Osborne’s first husband died and left her two sons and a daughter, the will stated all the land left behind would be split between the sons once they came of age.

Instead, Sarah Osborne took it upon herself to marry an Irish indentured servant who had recently paid off his servitude time, and claim the land as her own. The only dilemma with that? The sons were of age and wanted the land, and just who was in charge of making sure Prince’s will was enacted? None other than Putnam himself.

So it’s funny when a woman who didn’t even attend church in three years due to an ‘illness’ (extremely unacceptable at the time), marries out of the social norm to an Irish man AND claims property for her own use, is suddenly accused of witchcraft by the daughters of both Parris and Putnam. Seem fishy to you yet? Starting to see the trend that is about to continue? The girls claimed they would feel poking and picking sensations like a needle that were supposedly inflicted upon them from Osborne.

So now we have three accused witches, all with ties to being misfits in this Salem community. So what exactly happens to them and who was next in line to be accused? Well find out next time.

One Reply to “The Salem Witch Trials Pt. 5: 3 Little Witches Accused of A Crime”