Welcome back my spooky history loving travelers! I decided to turn my Salem Witch Trials write ups into a mini series. I am doing this mainly so I can post more often instead of taking forever to create one blog post on the topic. I am also doing this to save everyone’s sanity by cutting the history up into sections instead of one mega post that would probably make peoples’ eyes’s bleed. So basically: you’re welcome. Plus there is just too much history to condense down and so many myths and rumors I feel need to be dispelled about the topic.

Meet the Putnam family, or more importantly Thomas Putnam, one of the Putnam children born in Salem Village. The Putnam’s were known throughout Salem Village due to their family living there for three generations by the time Thomas grew of age. They were a well-off family and Thomas married a woman of equal well-being. Together they had 10 children and lived a comfortable life in the Village.

Now once again I would like to point out that I am condensing information as well as only picking parts of the history that are most important to understanding the full story. So why is Thomas Putnam important? Remember what I said about certain residents longing for better power within their community? Ding ding ding, well here we are. 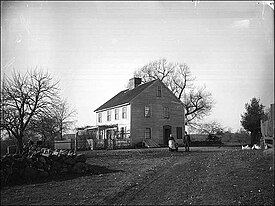 You see Thomas could have been considered one of the wealthiest people in Salem’s community but it wasn’t enough for him. He wanted more than the wealth and title that came along with it, he wanted honor and respect. But this was something he certainly would not receive from his father as well as his father-in-law. In fact, his family was basically excluded from both wills and were left with no inheritance whatsoever. This clearly led to distrust and to make matters worse, his half-brother, who received a hearty inheritance, married into a rival village family known as the Porters.

The conflict between the families mainly revolved around the fact that Thomas Putnam did not like Salem Town Merchants and their taking away of the agricultural opportunities within the village. By bringing foreign goods, it brought less profit to local farmers. The Porters on the other hand not only farmed, but invested in mercantilism causing them to be wealthy on both ends. This is why Thomas wanted to split from the town’s ties whereas the Porters still continued to be devoted the connection.

When Salem Village was allowed to create its own church house and have its own minister, Thomas Putnam took charge of the operation along with a small team of loyal villagers. This group had heavy influence over the decision making within the village, this included the selection of ministers.

Taking a brief step back, let’s head on over to Boston in the 1660s. At this point in time a young man had just immigrated over to Boston Massachusetts. Here he planned to attend Harvard university upon his father’s wishes. This young man was known as Samuel Parris.

In a way I feel bad for Parris. He was a man who clearly dreamed big and had large 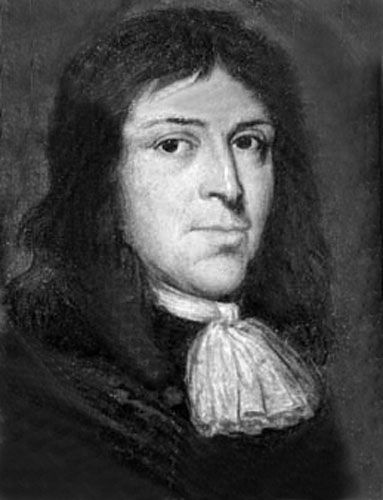 desires of becoming wealthy. Unfortunately his business moves tended to lead to his downfall every time. When his father passed, Parris left Harvard in order to pursue his father’s sugar plantation in Barbados. Assuming it would bring his great wealth, he was ready to tackle the new role in his father’s footsteps. All was well until a hurricane hit and ruined most of the property. This led to him selling the land and returning to the Boston area. Once returning, he continuously failed at becoming a successful merchant and this led to him making a decision that changed history as we know it. He decided to become a minister.

Samuel Parris had heard of Salem MA. He had heard about the growing tensions between the village and town. He saw this as an opportunity. An opportunity for power and one of high-standing. With his ministry learning done, he, along with his family, moved to Salem Massachusetts where he became the minister of Salem Village in the summer of 1689.

During this time period, when a community received a minister, there was a set number of rules the townsfolk had to live by in order to provide for the minster of the area. They were responsible for paying him, giving him firewood for cooking as well as for the harsh winters, a designated house for the minster and his family, and maintain the well-being of the church itself. When it came to Salem, the rising conflict between the community members caused three prior ministers to resign from their duties and relocate. This was mainly due to being put in the center of the conflict, forced to chose sides, or simply not be paid due to the strain cause by societal strain.

This is where the two come together. Thomas and Samuel became a power hungry duo. One of the village’s most influential men and the village’s minister. This caused members of the village who still had ties to the town become distrustful. They saw Parris as an arrogant man who liked to flaunt the wealth the church brought him. The power the ministry gave him, started to go directly to his head. That was until the town decided to stop paying his wages after various compensation disputes in the autumn of 1691.

So here we have it once again. Tensions are well-past their boiling point. At this time in history, it could be said that pot had already over flowed and the tensions were flowing out openly. Parris was losing his income and influence, the villagers now were growing tension among each other, and Putnam was losing his hold. This is where life truly takes a turn for the worst in Salem Massachusetts.

One Reply to “The Salem Witch Trials Pt. 2: The Putnams & The Welcoming of Samuel Parris”